Home News Nigerian student, 20, Lands In Messy Rape Scandal In The US
News 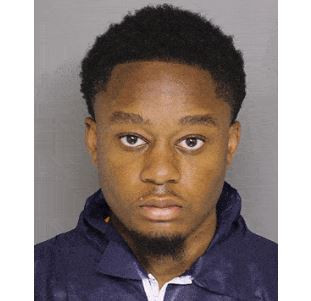 Onyekackukwu Chukwuebuke Igwilo, a 20-year-old Towson University resident student, has been arrested and charged in connection with the alleged rape of another student.

He was charged with first-degree rape, attempted first-degree rape, false imprisonment and first- and second-degree assault in Maryland, U.S. Officials said the victim was assaulted around 3:30 p.m. Sunday in the 400 block of Towson Way. The victim told police she had gone to her friend, Igwilo’s room to watch a movie.

They were watching the movie when he touched her and climbed on top of her, the victim said. Officials said the victim said, “No,” but he put his hands on her throat. When she told him again to stop, the suspect raped her and would not let her leave, officials said. Igwilo finally let her leave and she had visible and physical injuries. She then contacted campus police.

The Towson University Police reported the case to the county police around 7:30 p.m. TU police secured the crime scene, found Igwilo and detained him until county police arrived.

The suspect is being held without bail.

Nigerian student, 20, Lands In Messy Rape Scandal In The US was last modified: September 24th, 2019 by Reporter