Home Entertainment ‘No artiste in Nigeria has ever disrespected me’, Wizkid’s Manager, Sunday Are addresses fight with Tekno
Entertainment 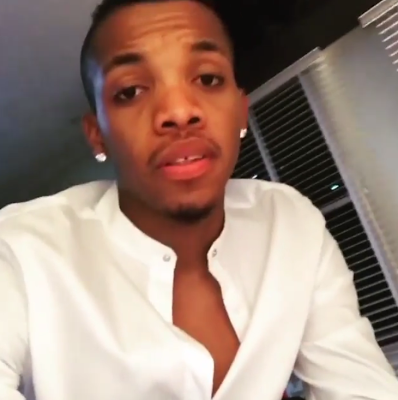 Recall the news of a fight between Wizkid’s manager, Sunday Are and MMMG act Tekno at the One Music Festival held in Dubai.

There were many sides to the story as some claimed it was a fight between Wizkid and Davido’s crew members, however a report which came much later claimed it was ignited after Tekno ‘disrespected’ Sunday Are by offering him a handshake.

The fight, however, got heightened after Davido defended Tekno leading to a fight between the Omo Babaolowo crew and Wizkid’s crew.

Sunday Are who addressed the fight report in a chat with Punch said;

“Initially I did not want to say anything about the issue I had with Tekno at the One Africa Music Fest because if I speak, the industry would not be happy about what happened. .

I just want to be silent on the matter because what actually happened was more or less like the quarrel of a father and son in the house. When a father has a problem with his child in a house, that is when the child will do something that is not good, you scold him and it ends there.

What people have been reading was not actually what happened. When these young boys in the industry act sometimes, it makes me remember the Yoruba proverb which says, ‘a child can have as many clothes as an elder but he can never have as many rags as the elder.’ .

Also, what an elderly person sees while seated, a child cannot see it even if he climbs a skyscraper. With all due respect to every artiste in Nigeria both old and young, what happened on that day has never happened before. .

No artiste in Nigeria has ever disrespected me. Every artiste in this country knows that I am always there for them and I also try my best not to disrespect any one of them. They can all testify to this. .

I always wish every music artiste the best because I stand for African entertainment. I have always wished them the best including Tekno; my happiness is for him to grow higher than he is today.”

‘No artiste in Nigeria has ever disrespected me’, Wizkid’s Manager, Sunday Are addresses fight with Tekno was last modified: December 2nd, 2017 by Reporter