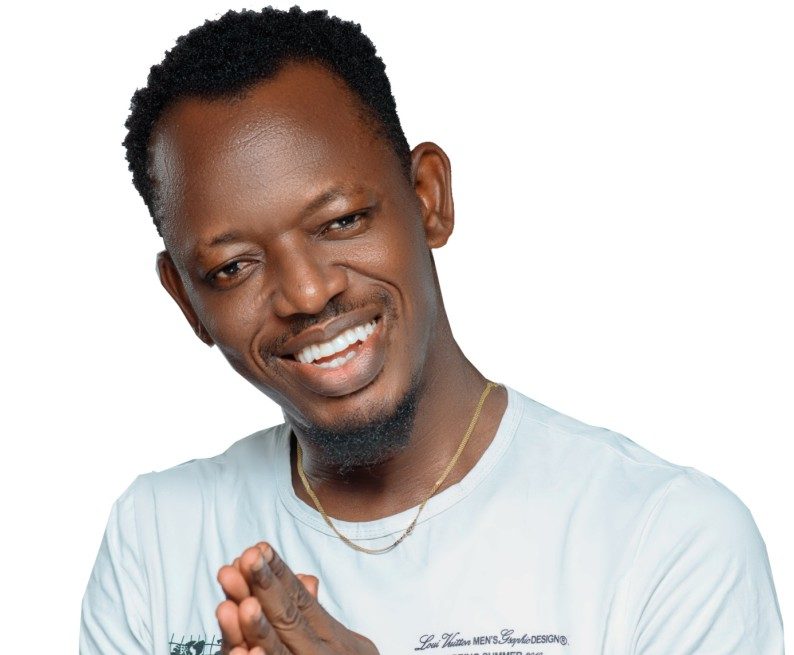 Iro Ayo is a popular name in celebrity photography. He is the preferred choice among all the celebrity photographers. This is because he is good at what he does and he is very professional about it. He recently told City People Publisher, SEYE KEHINDE, about his success story.

Tell us how you got into photography. How did you coin the name Iro Ayo?

Iro Ayo is a mystery. I registered my business in 2009 with the CAC. When I got there the name I wanted to register was Blaze, which means flowers of different colours. After 2 weeks of search in the system at CAC, I was told someone is using that name already. Then people told me to use a Yoruba name, that people will appreciate it. Right there, I prayed to God to give me a name and I got Iro Ayo. Funny enough, I had not started my photography career then.

I am a trained Fine Arts Artist. I do paintings. I do sculpture. That is how the name Iro Ayo came.

After a week, I received a call from CAC that my name has been approved. That was in 2009. Though, Iro Ayo is like a local name, to the glory of God, that Iro Ayo is a household name. When people call me they will say, Me To I Want To Hear Iro Ayo. (Sound of Joy).

How did you now get into photography?

Let me tell you how it happened. Around 2003, I was in church. I saw this photographer. Then they were using analogue. I always feel like how I wish I could do this. Later in 2006, I bought one smalle point and shoot camera. But before then, I do listen to words for God through his servants. I am a Redeemed member.

A brother in my church just called me and he said Blaze, God says you can’t survive on this artwork alone that he is still taking me to places. He said it is true video work. I have this gift which allows the spirit to keep leading me on, whenever people suggest ideas to me. From there I picked up more interest in my camera. I began to take pictures in 2006.

As a trained artist, I always want something beautiful and colourful. I have this kind of way I dress when I am going to work. In the process of the point and shoot, the 1 minute professional camera like that, I went for an event and that is how I got into the entertainment industry. I went for a wedding. I didn’t get payment for the wedding till today. But I thank God for where I am till today.

I now met Odunlade Adekola’s younger brother. He saw the way I was kitted up, as if I was going to war. He now told his brother about me. He now called me on behalf of his brother that he will need my assistance. From there I began to work for Odunlade. Before then I had a video club. So I had access to some of the artistes then, through the video club of a thing. I got to get into the movie industry through Odunlade Adekola. Despite the fact Odunlade is a known person, he still prefers my pictures than that of others. Whenever he is going he still prefers I go with him.

As at then, those who knew me were not many. But God bless Odunlade with a studio of his own. He called me to come and work in that studio so that I will be getting paid. I politely apologised to him. And he accepted.

My breakthrough came around 2014 or so. From there I met Prophetess Mary Olujuwon Olanbinwoninu Olubori. I gave her the name Adunbarinma to si. She called me that she needs my service. She called me for a get together party in 2015 I went there, from Abeokuta. I stay in Abeokuta then. Some celebrity saw me there and we became close. The likes of Seyi Edun & Adeniyi Johnson. That is why I can never take those guys for granted. They saw my job and liked it. I worked for Regina Chukwu. She invited me for her premiere in 2016. That is how I began my journey into the Entertainment industry, from there people have been calling me. So, I do a lot in Entertainment & Society coverage of socialites.”

How do you cope with competition now in the industry?

Hmm! I love the competition. It puts you on your toes. You run more, You will hustle more. You will think outside the box. I see that competition as a plus for me. The only thing that makes one stand out in the consistency. If you are consistent you will make it. Despite the fact that in the industry we have so many photographers there those who will call me will call me. Even whenever I go for events and I see that there are 3 to 4 photographers. I feel happy. When we are like 3 or 4 they will appreciate my work more.

Let’s talk about the celebrities you have worked for

I have also worked with Iyalaje Ashabi Saranda & her husband, Baba Alaje. I have worked with this man too, Fuad Oloto. I am still working with him. There is this man Okanlomo Adeshina. His wife is nice. She is like God sent to my life. That woman can do anything because of me, behind me. Then, Mama Olubori.

In the movie industry, I have worked with Seyi Edun, Niyi Johnson, Bimbo Ogunnowo, Bukky Adeeyo, Fathia Balogun, Alhaja Sindodo Tayo. Most of them like me. Most of them can do anything because of me. There is also Folorunso Adeola. She is always getting jobs for me. They are many. Kemi Korede too. Then Yeye 2. She is a very good woman. There are so many of them.”

Working with celebrities is challenging. They always cherish their privacy a whole lot. I have learnt that. So, I do everything by myself. I will do the shoot. I will edit the pictures. I had a studio in Ogun State before, but armed robbers attacked me. So, I closed it down. I don’t have a studio here in Lagos right now. I don’t have an apprentice for now.