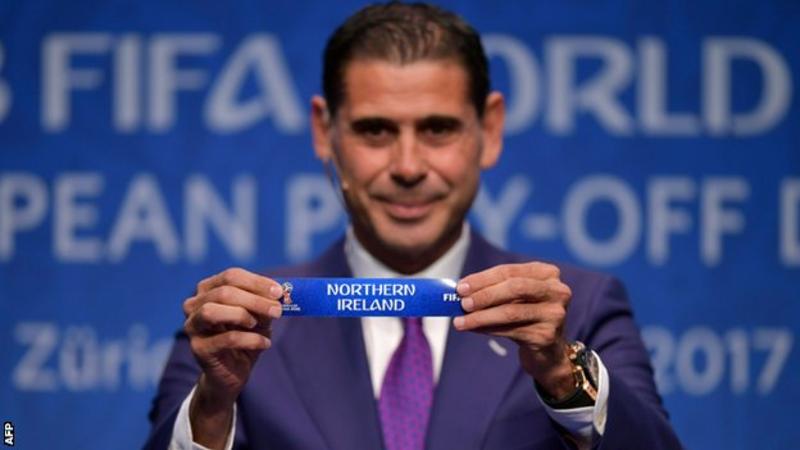 Northern Ireland will play Switzerland in the World Cup play-offs as they aim to qualify for next summer’s tournament in Russia and a first finals since 1986.

Michael O’Neill’s side will be home at Windsor Park for the first leg.

The Republic of Ireland have been drawn against Denmark, Italy will play Sweden while Croatia will face Greece.

The first legs will be played between 9 and 11 November with the second legs between 12 and 14 November.

Northern Ireland boss O’Neill said: “The most important thing is we don’t concede an away goal. We’ll be prepared for Belfast. We’ve only lost one game there in four years.

“We knew it was going to be difficult. They’ve had a good campaign, but we have a big opportunity to get to Russia. We know we’ll have to be at our best but we believe we’re good enough to do that.”

The Republic of Ireland, who last reached the finals in 2002, are away in their first leg against Denmark, before the return match at the Aviva Stadium in Dublin.

The teams in the play-offs are the eight best second-placed finishers from the nine European qualifying groups, with Denmark, Switzerland, four-time winners Italy and Croatia the seeds.

The World Cup will take place from 14 June to 15 July.

Why INDOMIE Noodles Continues To Dominate The Pack