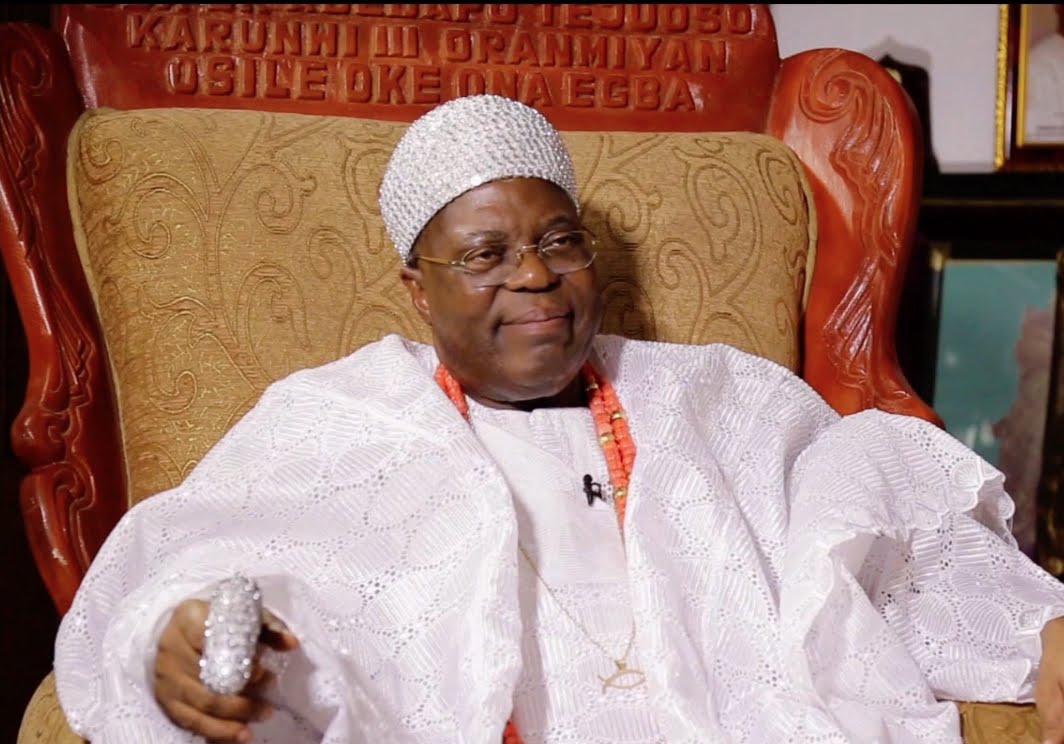 The Osile of Oke Ona, Oba Dr Adedapo Tejuoso is 81. He clocked 81 on Sunday 19th of February 2019. As usual, the king had a praise and worship and breakfast in his Ibara home in Abeokuta, and a thanksgiving service. At 81, Oba Tejuoso is blessed with good looks, lovely tender skin, good health, successful children, grandchildren and great-grandchildren from all walks of life. Recently, he spoke to City People on life at 81, how he almost changed his surname, how he started morning prayers about 30 years ago with just 5 benches among other things.

How does being 81 make you feel?

I really don’t feel anything, or any difference, at 81 I am getting stronger because Jesus is with me and I continue to get stronger and stronger. I have gone beyond the age of my father before he died, and my mother before she died too. She died at the age of 80, and I know by the grace of God that I am going to grow much more than that, my prayer is that it should be in good health.

I was born on the 19th of February 1938, in an hospital in Lagos. But my parents at that time, were living at number 12 Queens Street, in Ebute Metta, that’s the much they told me. Then came the eight day, they gave me all sorts of names, some of the names I can’t  even remember, because before I was born , my parents had two children, the two of them left before I came, I don’t know if my appearance frightened them, or whatever, and then my parents bombarded me with so many names, Adedapo, Adewale, Kokumo, Malomo, Matanmi, Jokoje and all the sort of names you can think of, they gave me those names, which none of you never knew, but now I don’t have secrets, so who ever now thinks he wants to kill me, he should remember that they told me I will not die, I am Kokumo, even though, Kumapayi died recently, but I thank God for his mercies, I survived. Even after me, my parents had two other children, but they didn’t wait to live, the one immediately after me was Adebimpe. She came two years after me and she lived until she was twenty five years of age, she died in 1965 and came back in 1967, in the form of my daughter sitting beside me and also shares the same birth date with me, she is Adebimpe, Rolayo, and my late mother believed that it was her late daughter that came back, so it was a big contest between us, she was thinking it was her daughter, and she is my daughter, she came to this world in 1967, two years after my only sister died, I didn’t believe she was the one who came back, but the mere fact that she chooses my birth date to come back  means that probably she has that ability for me.

At 81, anyone can tell how fulfilled you are, you have successful children from all walks of life, you are seeing your grandchildren and great-grandchildren. But is there any dream that you wish had come true at 81, and what is your greatest achievement and fulfilment at this age?

My fulfillment at 81, is not farfetched, the mere fact that God loves me, God chose me to be his son, even before I was born and he is showing it in every way that I am a precious child to Him, I feel absolutely fulfilled. I thank God that all I do at this point in time in life, is to do what He commands me to do, it is his own will that I always endeavor to fulfill, not my will, whatever He does, or whatever I see or perceived that He is doing is always what I love to do. At the moment, what God is doing is telling us to evangelize to the whole world, and I thank God that in that aspect, I am being fulfilled, I find time, I take to evangelize. So what else could I hope for in this world, at least I am doing the will of God and that is what I  believe, I believe the message, not so much the messenger, but whatever God has told me to do, my greatest wish is to always do it, and by so doing I believe that by the good grace of God, I will not miss my home in heaven, I will be there, and my desire for all of you is to trust God to that extent and never miss the kingdom of God.

You know that, God himself said, no hair can come of your head that He doesn’t know about, in fact he even knows the name of every strand of hair in your head, He knows your name, He knows my name. let me tell you one funny thing, there was a time, people were telling me go and change your name Tejuoso, you know what the Oso in my name means, that Oso is not a name I should be bearing, and I said okay, I called a meeting with my family and children and said lets change our name, everyone decided and said lets remove the Oso and replace it with Oluwa, but soon after I left the place, God sent a message to me that I should not change my name, that is the name by which I am known in heaven, I started wondering, how could Tejuoso be known in heaven , so I didn’t change the name, that is why I have remained Tejuoso till today, but the things I have seen happening to me since that time, several messages will come, they will say Tejuoso, I now started thinking back that why should God say I should not change that name. You all know the story of how we came to Egbaland, the high priests were sent to come and take the sand from Olumo rock, and pray on it to see if it will be wise for us to come and settle here, the priest were led by a Chief Priest who happens to be Tejuoso, I am also Tejuoso, so how would they know that name in heaven, if someone else had not existed that God wanted to compensate, that’s my own thinking, otherwise you will not be interviewing Tejuoso today, you will be interviewing Tejuoluwa, but then God now also dropped it in my mind that I should go and look into the bible and tell him anyone that change his name in the bible without him telling him to change the name, I looked through and everyone that changed their name in the bible, it was God who commanded him to change it and God himself changed the name for him, so all these things if you are lucky to be in tune with God, he will direct your steps and not go astray, I know a lot of people will still be wondering till today that, look at him, he is Tejuoso, he comes on the stage to preach and he is Tejuoso, why didn’t he change his name, am saying all these because God wants me to say it. Back to your question, if I close your nose for one minute what will happen, who gave you the air that you breathe so no need to ask where I am getting strength from, because it is God who gave me the strength. God created different people in different ways, God knows why he has sent you to this world, he knows what you need to do what he has sent you to do, and he would equip you to be able to do what he sent you to do. I was watching television recently and I saw a great evangelist preaching, he has no legs and no arms, but he was one of the greatest speakers I have ever seen on television, you ask him where did he get his strength from, and he was moving about on the stage, there is nothing God cannot do, how did Jesus get his strength to raise Lazarus from the dead, it was God, so anyone who says there is no God is a compound fool, that is the bottom line of what I am saying, let’s not go into all that today.

At 81, you read many bible verses off hand, one will wonder what your daily schedule like, is it that you study bible for many hours in the day, just to memorize the verses?

As a graduate, what you have learnt in school, are they still useful to you today, when you left school did you throw all your books away and you never went to them, you know things don’t happen unless God wants them to happen, I want to assure you that God brought me to this throne, only for one purpose, for me to lead my people to him, that is why am here, in fact, I have been asking  God myself that, why did God allow me to go and do medicine, when he knew that evangelism is what I will end up doing? I have been asking so many people the question too, but surprisingly, only about two months ago, God sent a message to me, and he was asking me question, God was asking me, do you know why I allowed you to go and do medicine, do you know why I allowed you to have many wives, about eight different questions that God was asking me, and God said, it is about time he is going to tell me why he has not told me yet, but for him to ask me those questions, the funny thing was again he told me, do you know why I allowed you to have so many daughters and son, accurately spelt out how many I have, God said he is going to tell me. I told you I went to Usi Ekiti, the person who invited me to come is the Olusi of Usi, a king in Ekiti, he is a pastor, Olu Ilaro is a pastor, so I am not the only one, God has chosen a few of us, if you listen to Onipetu of Petu preach, you would wonder if he is a king or pastor, God has his plan for this world, you wait and see what is going to happen to Abeokuta, God is going to take over in due cause.