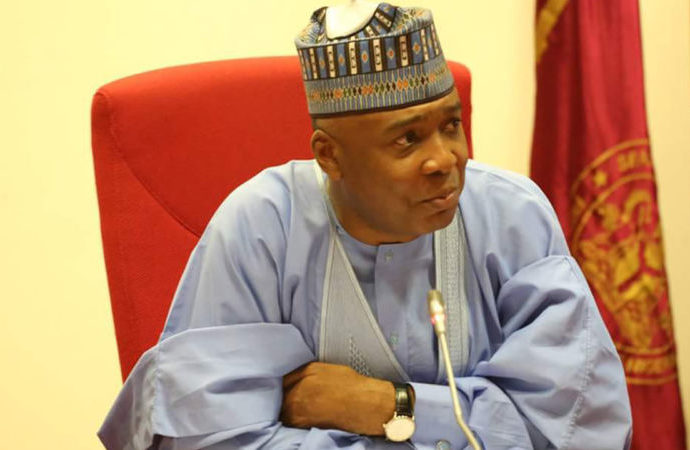 Senate President Bukola Saraki says those behind the robbery and killings in the Offa, Kwara state, must be arrested.

Armed robbers raided some commercial banks in the town on Thursday, killing some police officers and residents.

The robbers carted away an undisclosed amount of cash.

They were said to have operated for about an hour after blocking the Ilorin and Osogbo entrances into the town.

In a statement on Friday, Saraki said there is no valid grounds “behind such violence that has left many families without their loved ones.”

“Last night, I spoke to Governor Ahmed to express my condolence on the lives that were lost in the attack, and we both agree that no stone will be left unturned until the perpetrators of this heinous act are caught and brought to justice. It is also important that we all work together to ensure that this does not reoccur,” Saraki said

“We all must co-operate at various levels to increase the security of our communities.

“I pray that the souls of those that we lost yesterday are granted places amongst the righteous ones.

“My prayers and support will continue to be extended to all the affected families, and we will remain relentless until everyone who planned or carried out this attack faces the full wrath of the law.”

Before they embarked on the bank raid, the robbers reportedly attacked the Owode police station where they killed police officers and some complainants.

According to witnesses, the bandits were 15 in number and came into the town with different vehicles.

Among those said killed by the robbers was a police officer who was expected to retire in few months and a pregnant police officer.

They were also said to have snatched some motorcycles to aid their escape.

Those injured were conveyed to the General Hospital, Offa, for treatment while the corpses of the deceased have been evacuated and deposited in the mortuary.

Ajayi Okasanmi, spokesman of the police in Kwara, confirmed the incidents.

Okasanmi said details of the incident would be made public when their investigation is complete.