Home News OGUN Govt. Should Legislate On How To Bury Obas – Oba A. A. OGUNTAYO
News

OGUN Govt. Should Legislate On How To Bury Obas – Oba A. A. OGUNTAYO 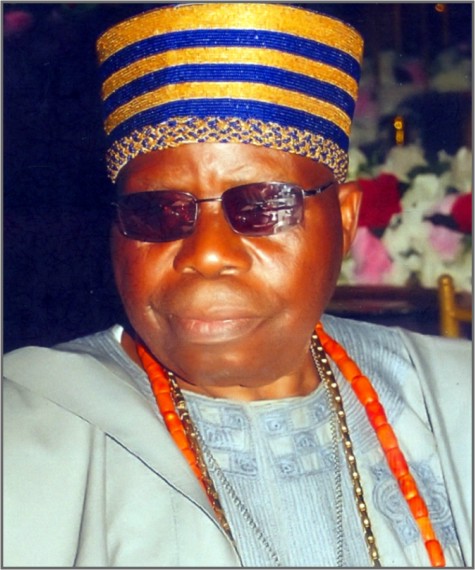 Right now, there is a big controversy raging on how Obas should be buried in Ogun State. As you read this, there is a  Bill before the Ogun State House of Assembly asking the house to pas a bill to enable all Obas to determine how they want to be buried. The Ajalorun of Ijebu-Ife, Oba A. A. Oguntayo supports the move.

Last week, Oba Oguntayo told City People why he is at the Vanguard of the call and a strong supporter of the issue of regulating and legislating on the burial of an Oba. You see, after 1967, there was a law by Western region and a Declaration was enacted in respect of the installation of all Obas in the Western region. But no law was enacted on the demise of Obas. People believe that traditionally, when an Oba joins his ancestors he should be buried according to the tradition.”

“But what people don’t note of or take into consideration is that all the procedure for installing an Oba had been codified and embodied in the Chiefs Law of the state and also the Declaration of a particular stool. But unfortunately, the government never took into consideration what will happen when an Oba joins his ancestors. So there was no law whatsoever to sort of legislate or codify how an Oba should be buried. So, people were just behaving funny. And you saw what happened recently when an Oba at Aiyepe died, and they snatched the body of the Oba and the children, (these are ladies), took the Osugbos to court because the Osugbo claimed that they have the right to bury an Oba, which is wrong, which is not right. They are now contesting it at the High Court in Ijebu-Ode. So, we in Ijebu support the move to legislate the burial of Obas. The entire Ijebu community under the leadership of Alaiyeluwa, Oba Dr. S.K. Adetona, agreed as to how an Oba should be buried and we agreed and we made a Declaration that an Oba should be buried according to the wish of his people, himself and the religion he professes.”

“That has been done locally in Ijebuland. But unfortunately, some people don’t agree, they don’t keep to it and it is causing a lot of trouble within the community. I believe that once there was a Declaration and law stipulating how an Oba should be installed, it is now the responsibility and duty of the state government that approved that institution, to legislate also as to how an Oba should be buried after demise.”

“So, that is the trouble going on. People are just doing whatever they like. Some claim that the Osugbo’s have the right to install Obas and that they have rights to take care of the demise of an Oba, which is not right. Osugbo is just a society in Ijebuland and even across Yorubaland.”

“It is a Society. And out of members of that society, certain number are selected from the Osugbos. Like in Ijebu-Ife, we have 14 kingmakers, 4 come from the High Chiefs, (the Ilamurens), 3 from the Osugbos, 3 from the Pampas, and 3 from Odes. So how can the Osugbos say they alone can decide.”

“That is what I said in a release I issued recently, where I said how come the Osugbos that have only 3 members among the Kingmakers, then claim that they have the right to install an Oba in Yorubaland. It is not right. It is not traditional. And there is no custom backing their claim.

How can you not give an Oba that has reigned successfully a befitting burial and now they have taken the matter to court.

That is my stand.

“I always tell people that “We are all products of custom and tradition; we cannot jettison our ancestral heritage. Our Custom in the selection of an Oba has been coded into the chiefs law. Therefore, Custom and Religion are separate institutions and none should disturb the other. I belief that a Traditioltal Ruler must profess a religion, at the same time recognize our traditional festivities and activities. The problem of our people is that they want to turn every festival activity into a religion, which should not be so. Every month, according to our custom, has its festival celebration such as EB1, lGBE and ERENO etc. which our people observe yearly and religiously.

While the selection, approval and installation of Oba have been legalized and regulated by the state Chief Law, it is lamentable that there is lacuna in the state legal frame work for the burial of an Oba, after he has joined his ancestors.”

Despite the laudable resolution ofthe ljebu Traditional Council, ljebu Chiefs and Kingmakers under the leadership of Alaiyeluwa Oba S. K. Adetona. the Awujale and Paramount Ruler of Ijebuland, the State Government is still not courageous enough and deems it necessary to enact the necessary law to regulate the burial of a demised Oba.”

“It is hoped that the state government with the co-operation of the traditional councils and State council of Obas will soon accede to the request of the Traditional rulers who are the custodians ofall our traditional custom. It is high time all the barbaric and inhuman customs inherited from our fore-fathers be a thing of the past.

I won’t support participation of obas in the present political environmenit which is bedeviled with a lot of deceits, intrigues gangsterism and mischievous deed, which the Obaship institution cannot accommodate. Obasbip institition is sacrosanct and very dignifying. I will suggest the resuscitation of a House of Chiefs which will comprise of Obas where they can discuss issues that affects the Obaship institution, their community affairs and be advisory to the Govermment where neccessary.”

“The Osugbo is a society group that performs certain functions in those days in the community, but most of them these days don’t know what they are doing. It was part of the arms of governance in the Obaship institution. Osugbo used to be the parliament, executives, judiciary and police. Osugbo institution is not a religion or a secret society. It used to be very relevant to the governance the administration of the community. Membership of the society comprise of all who is who, that is, the first class traditional and hereditary chiefs and important personalities in the community. Integrity and honesty are of high importance in members of this esteemed society. The authority and symbol of their meeting is EDAN given to them by the Oba which is equivalent to the MACE in the parliament. I wish that research is made into this enviable society in relation to the origin, composition, initiation, meetings and their methods of administration which was part of our governance and administration before the advent of colonialism and present political administration. Our traditional Osugbo society I repeat is not a secret society or a form of religion.”

OGUN Govt. Should Legislate On How To Bury Obas – Oba A. A. OGUNTAYO was last modified: June 21st, 2021 by City People