Home Sports Olivier Giroud To Remain At Chelsea Till 2021
Sports

Olivier Giroud To Remain At Chelsea Till 2021 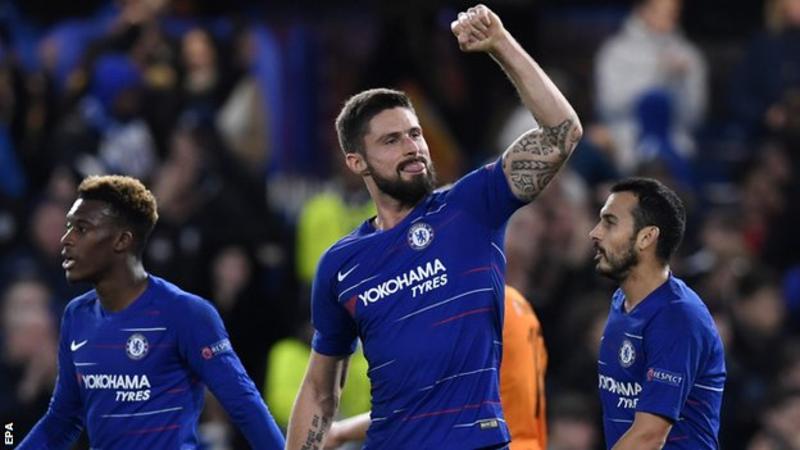 Chelsea has triggered the option to extend France striker Olivier Giroud’s contract by a year until June 2021, a source said Saturday.

Giroud, 33, signed for Chelsea in winter 2018 from cross-city rivals Arsenal.

The 33-year-old has scored 39 goals in 97 appearances for France, making him his country’s third-highest goalscorer behind Michel Platini (41) and Thierry Henry (51), and the striker will be vying for a spot at next year’s European Championship.

READ ALSO: FACE MASKS WILL BE WORN IN SOUTH AFRICA EVEN AFTER LOCKDOWN

Olivier Giroud To Remain At Chelsea Till 2021 was last modified: April 25th, 2020 by Damilare Salami

No Date For Resumption Of COVID-19 Test In Kano – Official