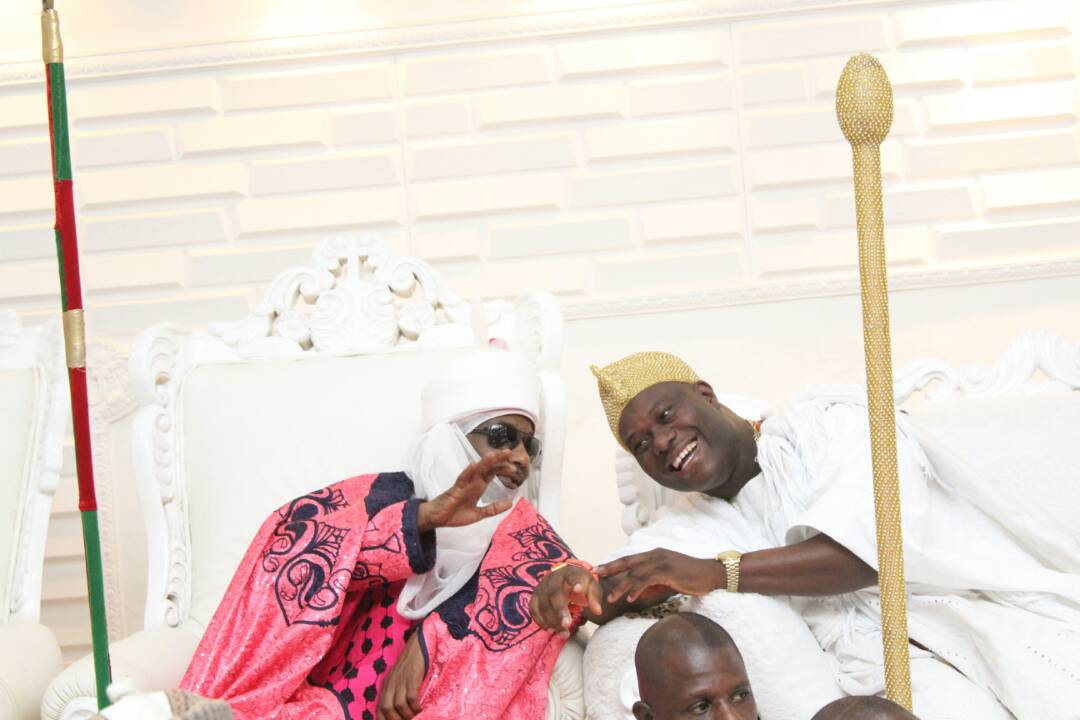 The Emir accompanied by senior members of Kano Emirate Council said he was in Ile-Ife to formally congratulate Ooni on His ascension to the throne of his forefathers and to appreciate him for his fatherly role sequel to the recent Hausa/Fulani crisis in Ile-Ife.

The Emir thanked Ooni and the people of Ife for the warm reception given to him and prayed for the robust continued relationship between Kano Emirate and Ife Kingdom.

“I was here as a prince a couple of years ago in company of my late father Emir Ado Bayero during the 30th coronation anniversary of the late Ooni Okunade Sijuwade, Olubuse II. As a prince, I had always felt welcome in this palace and today, on arriving here, I have received the same welcome as a member of this royal family.

It is indeed remarkable and we thank Allah for the way he does his things because the relationship between our two predecessors which was critical to building bridges across the Niger and unifying the people of this country has continued with us and I hope we will keep being agents of peace and unity for our great country” Emir said.

I know many people from the North have been complaining that I have been quiet on this matter, let me say that the moment this sad incident happened, His Majesty the Ooni of Ife reached out to me and Sultan, the both of us have reached out to Ooni on a number of times and we are satisfied with the fatherly way he has so far responded to the crisis which we see as a confirmation that he is truly the father of all in Yorubaland irrespective of tribes and religion and we felt that so long the Ooni was doing  everything humanly possible to stabilize the situation, there was no need for anyone of us to make any statemen that could worsen the situation. Let me also add that I was to be here with the Sultan but he has had to travel and he has asked me to represent him and all the Northern traditional rulers.”

He concluded “I on behalf of Sultan and the other Emirs commiserate with you over the sad incident and follow up by making for the great leadership you showed during the crisis and the quick manner in which you doused the tension and the way the culprits were apprehended for justice. You showed indeed that everyone in Ife is your subject which is the way it should be. The family we come from and the institution we represent are institutions that take responsibility for protecting the lives, property and dignity of our people living within their jurisdiction irrespective of where they are from. We thank you for playing that role.

He equally commended the governor of the State of Osun Ogbeni Rauf Adesoji Aregbesola for setting up a high powered commission of enquiry to look into the matter and immediate cause of the incident and to recommend appropriately so as to avoid future re-occurrence and to ensure that justice is done. He said “Our relationship in the country is such that safety in one place is safety everywhere.

In his own remarks, The Ooni thanked the visiting Emir who he described as a perfect gentleman and a courageous intellectual for the visit and expressed satisfaction with the reaction of the entire Northern leaders over the ugly incident.

“When you are talking of intellectuals in Africa Emir Sanusi is actually a force to reckon with. I have always had tremendous respect for him. Thank you your highness for this historic visit. You are a detribalized Nigerian who has always shown love to members of other tribes. My love for you dates back to when you were governor of central bank of Nigeria as your courage of calling a spade a spade actually drew my attention to you.

You and I met in the UK and we had intensive conversation as regards the crisis and the need to strengthen the unity of all Nigerians. That meeting played a significant role in finally dousing the tension. You are indeed part of us in Ile-Oodua and we are also part of the Kano Emirate. Our prayer therefore is that our relationship will continue to wax stronger” Ooni Ogunwusi said.

Ooni also appreciated the role played by the government in their demonstration of love and responsibility “The State government of Osun have played their role very responsibly well by swiftly rising to the occasion, and severally visiting the affected areas with solidarity and donation of cash and other relieve materials. Same goes with us here at the palace, Ife prominent indigenes and all the Yoruba leaders of thought.

We have been doing this just to give them the assurance that we are one big family and I have since been working perfectly with the Sultan and the Emirs for the sustenance of the peace that we have restored after the crisis.

After presenting the Emir with an artwork gift representing the cultural diversity in Nigeria and the unity of the people, Ooni Ogunwusi and his chiefs led the Emir and his entourage on a visit to the Hausa community at the Sabo area of the town where they both had a brief meeting with Seriki Hausa and his people. 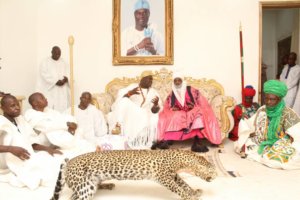 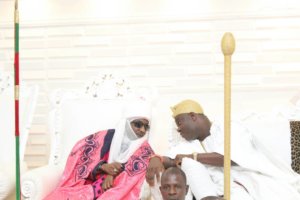 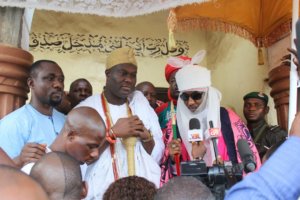 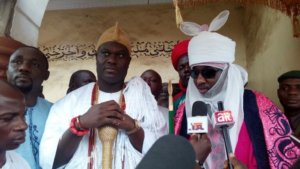 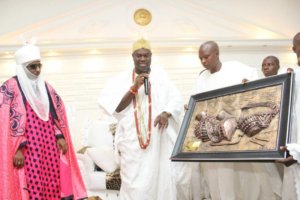 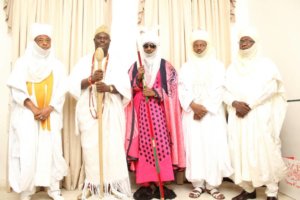 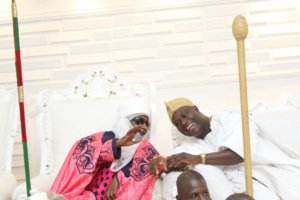 Who is the presidency? – Suspended SGF, Babachir Lawal, reacts to his suspension [WATCH]