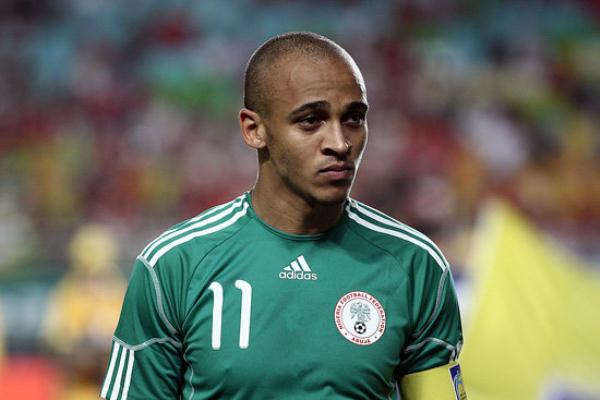 Odemwingie fired Madura United to a 6-0 victory over Semen Padang on Monday and netted three times in the game, a feat he last had at West Bromwich Albion in England.

The 35-year-old fired Gomes de Olivera’s men upfront with his 20th minute strike before the goals poured in at Gelora Bangkalan Stadium.

In the 37th minute, fellow country man, Junior Nwokolo doubled the lead, as the former Super Eagles star completed his hat-trick in the 43rd and 63rd minutes respectively to hand his team a convincing victory.

Odemwingie, who took his tally to nine goals in 10 games in all competitions, leads the Liga 1 topscorers’ chart.

SEE ALSO: RAMSEY, OTHERS HAPPY WITH WENGER’S STAY AT ARSENAL

His last treble came against Wolverhampton Wanderers in an English Premier League encounter on February 12, 2012.

Maduara top the log with 22 points from 11 games and they face Pusamania Borneo on July 4 at Segiri Staium.

[…] ALSO: OSAZE ODEMWINGIE NETS 1ST HAT-TRICK IN 5 YEARS, BOOSTS MADURA UNITED’S LEAGUE TITLE He joined the Black Cats’ academy in 2010 and had spells out on loan at Darlington, Alfreton […]