Osinbajo returns from UK, set to Preside over FEC Meeting 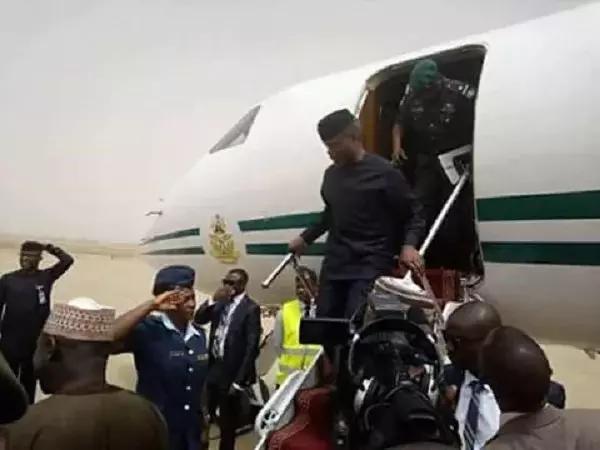 Acting President Yemi Osinbajo is back in Nigeria, after a visit to President Muhammad Buhari on Tuesday night.

According to Laolu Akande, Osinbajo’s media aide, the acting president will preside over federal executive council (FEC) meeting at Abuja by 11 am on Wednesday.

“AgP Osinbajo now back in Abuja from London & will be presiding over FEC this morning starting @ 11am at the Council Chambers in Aso Rock,” Akande said.

Osinbajo left Nigeria after presiding over the quarterly presidential business forum at the presidential villa in Abuja on Tuesday.

The details of his meeting with the president remains unclear as at press time.

President Muhammadu Buhari has been out of the country on a medical vacation since May 7, 2017.

Aisha Buhari, his wife, has visited him on two occasions, while the president had spoken to Nigerians once, wishing Nigerians a successful celebration, after the Ramadan fast.

The president’s absence and lack of information on his health status has driven many controversies within the nation over the last 63 days.

Osinbajo, who got Buhari’s full permission to act as president, has been leading Africa’s most populous nation for over two months