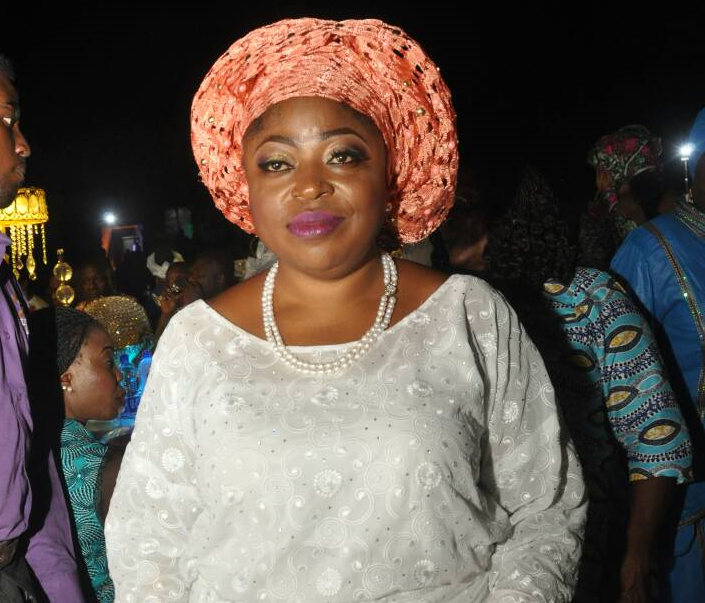 Princess Toyin Kolade made history on Friday/Saturday, 28th and 29th of April 2017 respectively, when she staged one of the biggest burial ceremonies in Ilesha. She buried her mother, late Madam Comfort Folorunsho Adejuyigbe in grand style. The society woman of substance, who made sure the whole Ilesha was painted red till the wee hours of Sunday 30th of April. The elegant lady is known for high taste and has a history of throwing big parties. She didn`t leave any stone unturned to make sure the event was grand.

This was why over  500 guests bought the 80k purple-and-white sequined lace aso-ebi, matched with a white “Oja-Owu” aso-oke,  which was picked for the burial, while some decided to spot the 5,000k purple -and-white lace too. The expensive lace, which is yet to be available in any fabric store in Nigeria for now was imported from Ankara in Turkey and it was bought from MileStone.

Princess Toyin Kolade, who knows how to make heads turn at events, didn’t allow any guest to steal the show at her party.  The classy lady settled for all white lace sewn into traditional iro and buba, she made sure she adorned it with various diamond jewellery, which made many  of her guests to gasp for breath.  Many couldn’t help, but admire her throughout the 3 days the event lasted.

Another society woman, who looked so pretty as ever at the event was Mrs Tola Osifeso, the wife of Abuja big boy, Lekan Osifeso. This petite and pretty woman with flawless skin surely knows how to attract attention.  She came with her clique of friends and she enjoyed the events to the fullest. Her bestfriend, Mrs. Vicky Hastrup,  the Ceo of ENL Corsotium was not left out either

Did we tell you that Yeye Merry, Mrs Tinuade Falade, is in town? Yes, she came in from the United States because of Princess Toyin Kolade`s party. Many couldn’t take their eyes off this pretty plum woman, who will be clocking 50 very soon. She had a swell time with Yinka Ayefele’s wife, Mrs. Temitope Ayefele. Don’t say we told you, Yinka Ayefele’s wife is very beautiful. You can`t walk past her and not cast a glance at her. She is a hot-stepper and a good dancer too.

Not only did Seun Olagunju, African Independent Television’s (AIT) presenter, dazzled at Princess Toyin Kolade`s party, she had a swell time as she danced to Yinka Ayefele music. So, also was Alhaja Adetunji Mariam Idowu, a clearing and forwarding top shot at Tincan in Apapa port, sent tongues wagging with her flowing gown. 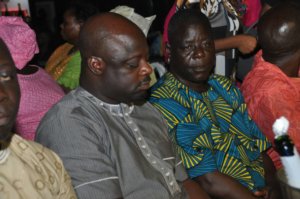 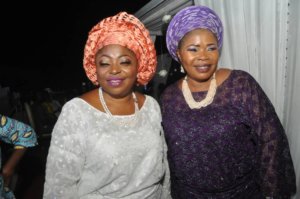 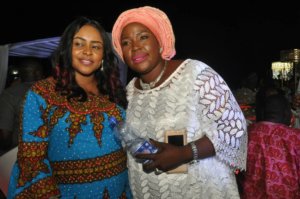 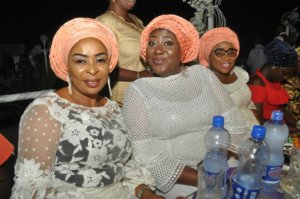 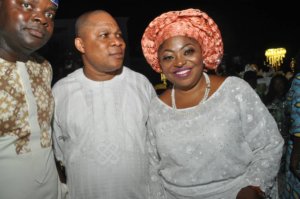 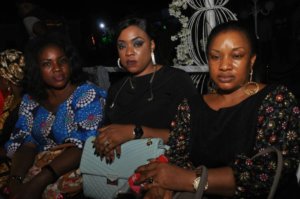 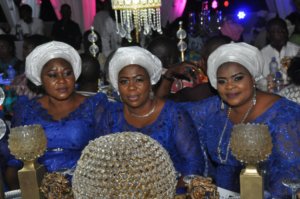 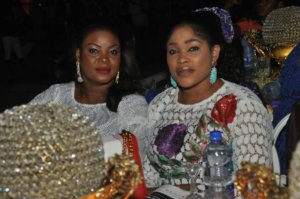 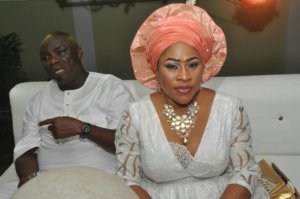 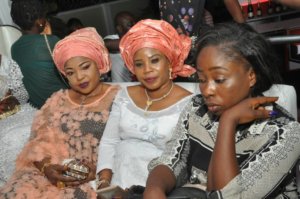 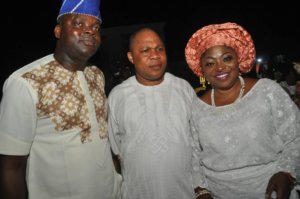 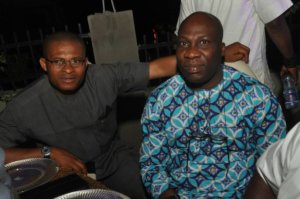 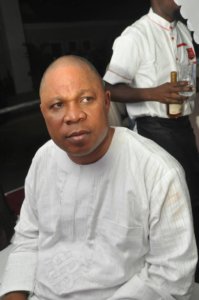 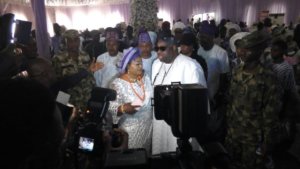 PPRO Zone 2, SP Dolapo Badmus, also looked pretty in her flowing dress, mixed with white organza lace, which looked good on her. There was no doubt that, Hopefashion did justice to the 80k fabric. Her make-up was beautifully done by queenhomeofbeauty  to match her facial attributes. Did we also tell you that Dolapo has an elder sister, Mrs Joke Ojo, who is popular on Lagos social scene? She is Dr. Toyin Kolade’s friend too. Mrs Joke Ojo, who recently turned 50 ,partied with her kid sister, Ajose Omolara.

Though, Kuburat Shokunbi, the CEO of Kubis fabrics in Balogun and Lekki, wore a simple iro and buba, but the pretty woman,   who combines good look with business acumen was on point. Her make-up was light, but  has a wow effect. Many who saw the wife of Biodun Kupoluyi, Radeke, couldn’t help but asked what the secret of her beauty. Mrs. Radeke has finesse and panache that could prompt a person to seek the secret of her good look. She walked with grace in a simple iro and buba that sat well on her. So, also was  Erelu Obada, whose make-up is always light. She spotted a simple iro and buba, but  she made sure her shoes and purse were on point.

I BECAME BLIND WHEN I WAS 3 YEARS OLD IBADAN Based Prophet, MUYIDEEN MOSES KASALI

9 African countries to get automatic places in world cup