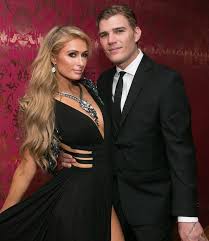 Billionaire Heiress and singer, Paris Hilton, 37, has postponed her wedding to fiance Chris Zylka, 33, because she is reportedly too busy with work at the moment.

Sources close to Hilton told The Blast that she has taken on far too many work commitments. She is rumored to be going on a tour to promote her new fragrance starting in November, around the same time that her wedding was originally scheduled.

Hilton’s friends say that her first priority is to plan the “wedding of the century.” The heiress wants to dedicate all of her time and energy to arranging the event, so much so that she has accepted a longer timeline. You really can’t rush perfection, as they say.

At the time of their engagement, Hilton quickly set a date of Nov. 11 for the happy occasion. Sources said that the 11/11 “make a wish” connection was very important to Hilton, but unfortunately she cannot prioritize it this November.

“When they were planning the wedding they thought it [11/11] would be the perfect date,” one insider said. “But then Paris received her work schedule and with all of her traveling and work commitments there just wouldn’t have been enough time to plan the wedding, have the honeymoon and make it the most special day possible.”

Hilton and Zylka who announced their engagement on Jan. 2 are reportedly eyeing next spring for their wedding.

Govt of Oyo Not Responsible For Demolishing Ayefele’s House – Lawyer

It is Hard To Collaborate With Someone...