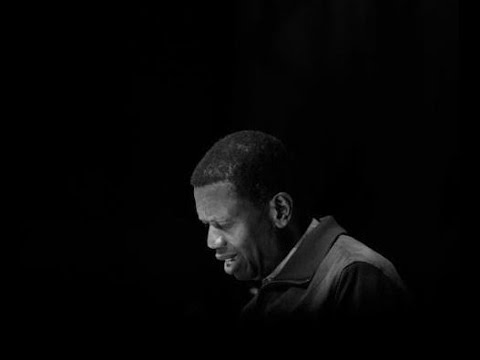 The Redeemed Christian Church of God has said the decision of its General Overseer, Enoch Adeboye, to appoint a national overseer for the church in Nigeria remains unchanged.

The church also dismissed insinuations that Adeboye had resigned as the General Overseer of the RCCG.

He explained that the plan to have a national or country overseer for the RCCG Nigeria was ongoing before the purported implementation of the now suspended Corporate Governance Code by the Financial Reporting Council of Nigeria.

Adegbiji, who said he was briefing the press on behalf of the leadership of the church, stated that the decision of Adeboye to appoint one of the seven Assistant General Overseers of the church, Pastor Joshua Obayemi, as the Nigeria’s national overseer was irreversible.

He said, “If you know Daddy GO (Adeboye) very well, he does not make such an important decision without consulting the Church Council, and most importantly, God. That decision has been made and it does not in any way affect his position as the General Overseer of the RCCG.

“So, there is no need to reverse the decision after the Federal Government has suspended the implementation of the FRC law.”

Adeboye had resigned as the head of the church in Nigeria on Saturday, reportedly in compliance with the code.

He named Obayemi as the overseer of the church in Nigeria and took on the new title of General Overseer, RCCG, Worldwide.

The President had, in a statement by his Senior Special Assistant on Media and Publicity, Garba Shehu, approved the sacking and the replacement of Obazee.

The statement also constituted a board for the Council with Mr. Adedotun Sulaiman as chairman and Mr. Daniel Asapokhai as Obazee’s replacement.

The former FRC leadership was said to have disregarded an October 17, 2016, directive by the Minister of Trade, Industry and Investment, Mr. Okechukwu Enelamah, asking for the suspension of the code.

But on Thursday, when Adegbiji was asked why the church decided to appoint a country overseer for Nigeria when Adeboye was still in charge, the spokesman explained that RCCG’s rapid growth and the enormous administrative responsibilities that followed the expansion were some of the reasons for the action.

Adegbiji stated, “The RCCG is a fast-growing church and as of the last count, we are in 192 nations of the world and most of these countries have their national or country overseer. So, there is nothing wrong if Nigeria, which also has the blessing of hosting the world headquarters of the RCCG, has its own national overseer.

“However, this does not, in any way, affect the position of the General Overseer as all other national overseers of the church in other countries report to him.

“He has been and he will continue to perform his role without let or hindrance. So, he (Adeboye) has never stepped down as the General Overseer of the RCCG.”

The spokesman explained that the “RCCG is a law-abiding church” by deciding to appoint a national overseer shortly after the sacked Executive Secretary of FRC started the implementation of the controversial code.

He said, “The church obeys the law. Leaders of the church in other nations are also subject to the law in their respective countries and that was why the church in general and Daddy GO in particular decided we cannot be an exception.

“But we thank God for what has been happening in the country since the GO appointed a national overseer for Nigeria.”

The RCCG also confirmed that Obazee was formerly a pastor in the church, who left his pastoral position to pursue his career in financial accounting, saying the church did not habour any hatred towards him.

Adegbiji explained that Obayemi would, in the mean time, operate from the Green Pasture Arena in the Somolu area of Lagos, where he was when heading the church’s Region 2 for the time being.

The RCCG spokesman said the Governing Council of the church still had Adeboye as the leader, while Obayemi, six other Assistant General Overseers and two special assistants to the GO were members.