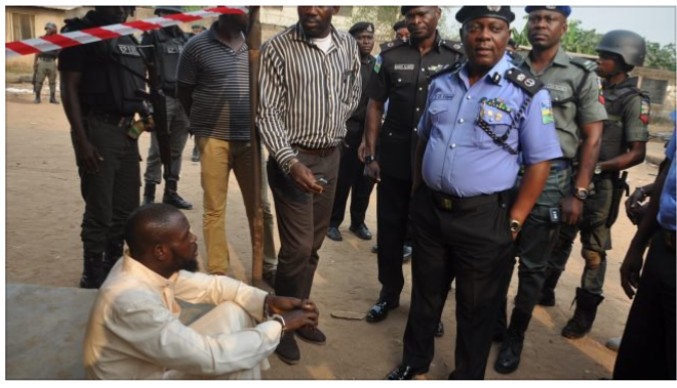 Alakuko area of Lagos has been named the latest ritualist denby the State Police Command, after uncovering horrible scenery.

The State Commissioner of Police, Edgal Imohimi, personally led the team of operatives who uncovered the deadly scene.
Imohimi, in his address to newsmen on Tuesday, said the command under his watch will not relent in its determination to rid the state of criminals and uncover their ungodly activities.

Some of the items discovered at the crime scene are objects suspected to be human body parts such as Kidneys, Intestines and the likes.
The Police Boss, further reiterated the need for community policing, adding that such milestones as this, could not have been achieved without the support of the communities.

Viral Hit “One Corner” Now Has An Official Music Video

See The ‘Semi-Nude’ Photos That Got This Beauty Queen Dethroned