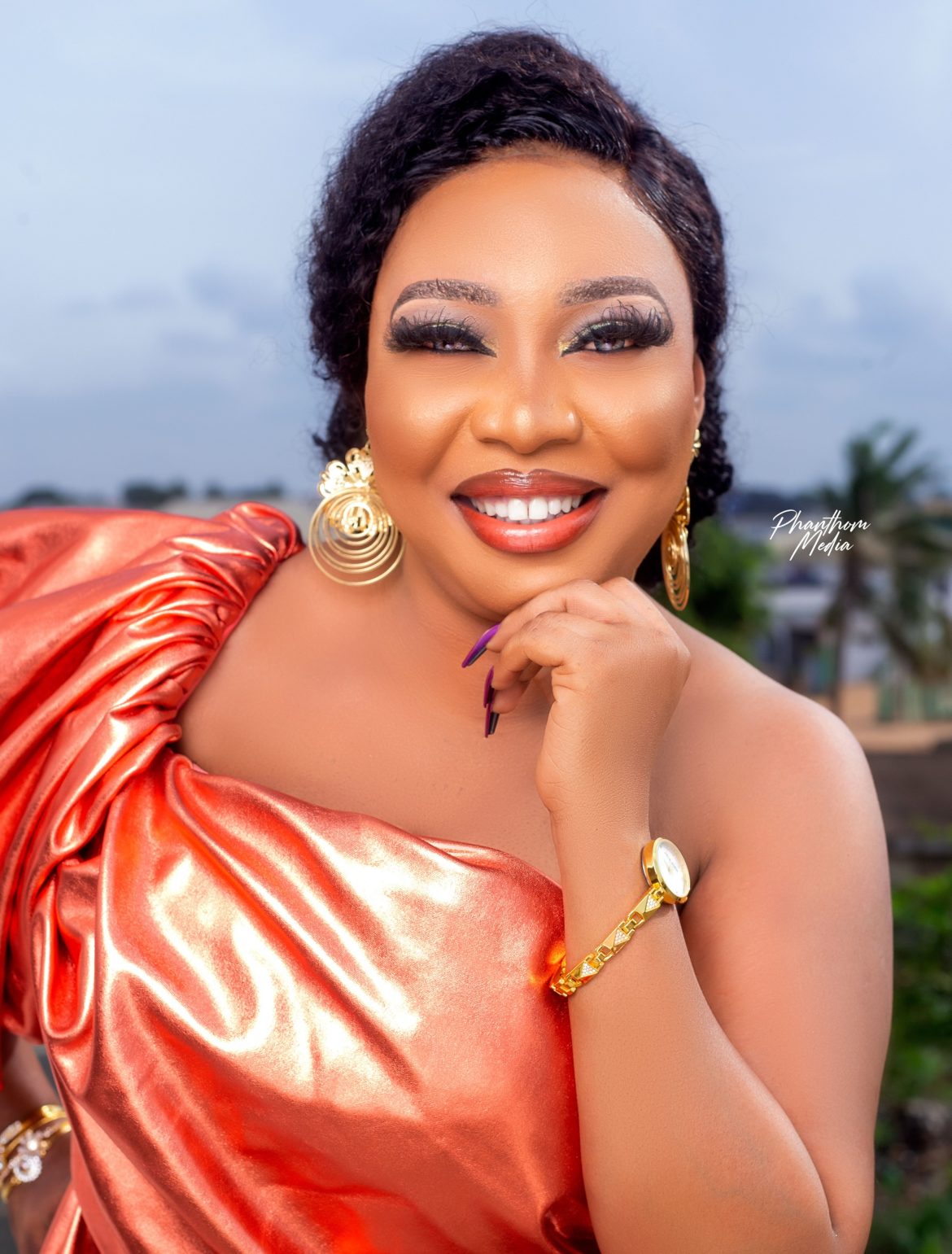 On Saturday, 3rd of July 2021, Popular Actress/Movie Producer, Adebimpe Akintunde, a k.a Wasila Coded opened her grand radio station, called The Coded Station. The day started as a warm morning as the compound of The Coded Station was beautified with beautiful table settings and the elegant picture of Wasila Coded positioned everywhere.
Friends began to walk in as the even started as soon as Wasila Coded walked down the stairway. She was dressed in a glittering Iro and Buba attire as she joyfully took various pictures and interviews. Her smile was ever bright as she talked about her brand.

Popular actresses and actors such as Kunle Afod, Foluke Daramola, Toyosi Adesanya, Ajoke Omo Agba, and many others were present, as they also could not stop praising Wasila Coded for her great initiative. At the arrival of MC Oluomo, the popular Lagos NURTW chairman, all guests were ushered towards the station’s studio. The environment was homely for the good flow of production as it did not only have a standard studio, it had a boardroom and photo station. While in the studio, Wasila Coded dressed in a white stoned gown was called on to give a presentation on how the Coded Station online application works and her other plans for the station.
She also made a presentation towards developing an empowerment center across the 37 local governments in Lagos to help reduce the rise of street urchins in Lagos. She also presented a special platform for the Lagos drivers to help them communicate.
The party rounded off with celebrities dancing with Wasila Coded, as she launched her online radio station.