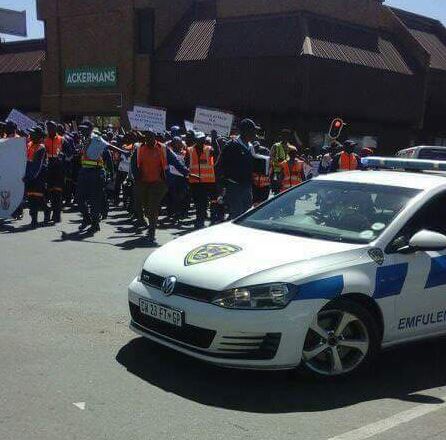 President Muhammadu Buhari has approved the recruitment of 6,000 additional policemen as part of fresh measures to address the nation’s security challenges including the farmers/herdsmen clashes across the country.

The President made this known in a special interview session with Voice of America, Hausa service, in Washington, United States on Tuesday morning.

President Buhari, who is in the U.S. on the invitation of the American President Donald Trump, revealed that additional security measures were being put in place to check cases of insecurity in Nigeria.

“We will put in place more measures to check insecurity in the country including increasing the number of policemen and train them.

“I have approved the recruitment of 6,000 policemen by the police authorities and I directed that those recruited must come from all the 776 local government areas of the federation.

“Even if it means recruiting one person each from the 776 they should do that instead of going to motor parks, railway stations or market for the recruitment exercise.

“I gave (Police authorities) them this directive,’’ he said.

The president, who expressed reservation on the call for the establishment of state police as being advocated by state governors, said Nigerians must abide by constitutional provision in regard to the matter.

It would be recalled that the Chairman, Nigeria Governors’ Forum, Governor Abdulaziz Yari, had in February said creation of state police would help in addressing spate of insecurity in the country.

Yari, who is also the Zamfara State Governor, said this at the end of a two-day summit organised by the Senate Ad hoc Committee on Review of Current Security Infrastructure in Nigeria.

He said: “Today we have reiterated the position of Vice President Yemi Osinbajo.

“And the position of the security summit we held in August, that there is a need for the state police; we can say it is the only answer.”

However, President Buhari maintained that the creation of state police would not augur well for the finances of the states, adding that some of them were finding it difficult to meet their financial obligations to workers and other state needs.

“But don’t forget that many times the Federal Government gave out what we referred to as bailout to state governments for payment of workers’ salaries. How many states can pay salary promptly? and you want to add more financial burden to the states.

“It is not proper to employ a person, train him on how to handle weapons and then refuse to pay him – you can imagine what would happen in such situation,’’ he said.