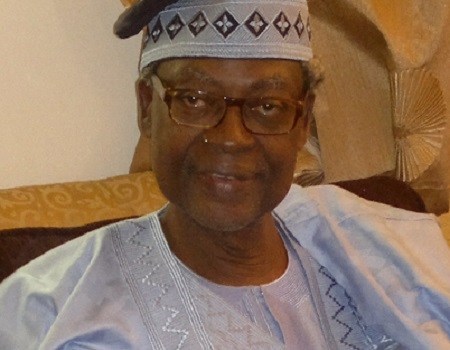 President Muhammadu Buhari extends heartfelt condolences to the family of Major-General Emmanuel Abisoye (Rtd), former General Officer Commanding (GOC) 2nd Infantry Division and 3rd Infantry Division of the Nigerian Army, who has passed away at the age of 81.

The President also commiserates with the government and people of Kogi State on the death of their illustrious son, a former Federal Commissioner for Health and member of the Supreme Military Council.

President Buhari joins them in mourning the loss of a former colleague in the Nigerian Army, who was greatly admired and respected by his colleagues for his discipline and dedication to duty.

As one of his predecessors in the 2nd Infantry Division of the Nigerian Army in Ibadan, Oyo State, the President recalls with nostalgia the towering role and sterling leadership qualities of the late general in promoting professionalism in the military as well as securing Nigeria’s borders and territorial integrity during the Civil War.

President Buhari believes that Major-General Abisoye, who once headed a panel of inquiry set up in 2009 to resolve the conflict involving Hausa/Fulani indigenes of Plateau State, will be greatly remembered for his outstanding contributions to the unity and peace of the country.

He urges all who mourn the peace-loving octogenarian to honour his memory by upholding the values of discipline, inter-ethnic harmony, reconciliation and justice, which Major-General Abisoye passionately promoted throughout his career as a military officer and senior citizen.

The President prays that God Almighty will comfort all who mourn the elder statesman and grant his soul eternal rest.