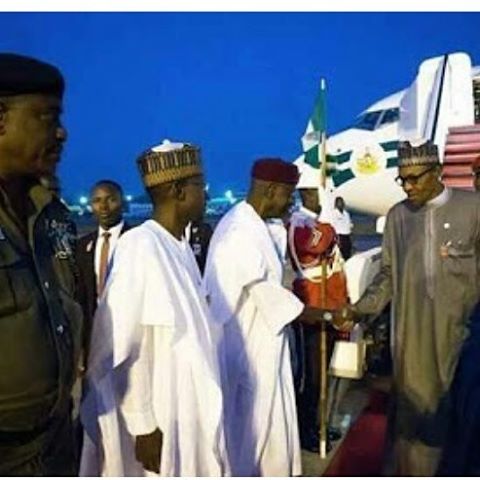 Journalists and reporters were barred from asking President Muhammadu Buhari questions, as he returned to Nigeria after 51 days in the United Kingdom.

Buhari touched down at the Air Force Base, along Mando Road in Kaduna at about 7:47am on Friday.

Only cameramen and photojournalists were allowed to take photographs and video recordings, before the President boarded a chopper which conveyed him to Abuja.

Femi Adesina, Buhari’s Special Adviser on Media and Publicity, had released a statement on the return of the President, but there were no details on when he would arrive.

Reporters had initially gone to the Kaduna International Airport before converging on the base.

Govt of Oyo Not Responsible For Demolishing...