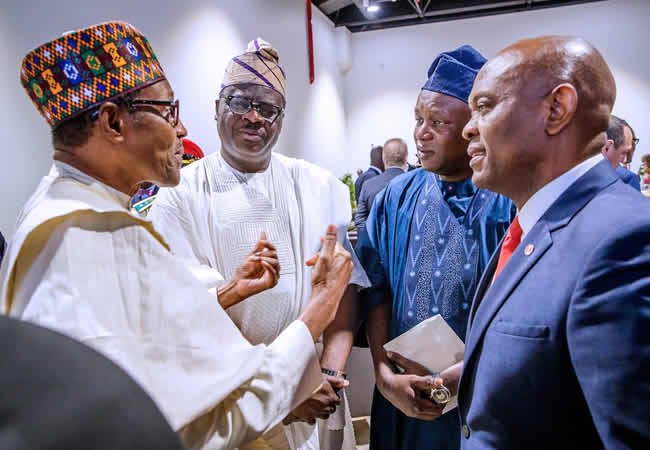 AHEAD of his inauguration for a second term on May 29, President Muhammadu Buhari has kept members of his kitchen cabinet, close associates and outgoing ministers in suspense with regard to those who will be in his new team.

The President has opted to go solo in choosing the new set of ministers. Some members of his inner power circle, popularly called “The Cabal”, who went to London during the week to see him, were denied access on the basis of Buhari’s strict instructions.

Only a minister (name withheld) was allowed to meet with the President in London. It was, however, not clear whether the minister took some documents to him.

At press time, the President had not demanded any ministerial nomination list from either the All Progressives Congress (APC) or the governors elected on the platform of the party.

Many of the outgoing ministers have been running to the governors of their states, asking that some words be put in for their return to the cabinet. The President himself was said to have expressed surprise at the high number of names dropped in some states for ministerial slots.

According to findings made by our correspondent, the President has adopted a tough approach to the formation of his cabinet unlike in 2015 when some members of his kitchen cabinet “hijacked the privilege of assisting him to source for good hands to impose their friends/allies on him.”

It was learnt that all those who wanted to influence appointments into the cabinet were shut out in London.

A top source said: “It seems Buhari has realised that there are some deadwood in his cabinet which he ought to offload. “He is keeping the choice of new ministers to himself alone.

Even those who should know have been fenced off. “His London itinerary was not only kept to himself until the last minutes, but he also did not allow close associates, strategists and members of his kitchen cabinet to have access to him in London.

“Those who went to London came back empty-handed. “Only an outgoing minister was allowed access to the President. And the minister was still in London as at 7 pm today (Friday).

“We do not know what informed this sudden change of attitude, but it seems the President is really determined to live up to his promise to leave sustainable legacies in his second term by looking for the right people to serve in his cabinet.”

The investigation also revealed that the President has not demanded any ministerial nomination list either from the APC or the governors in the ruling party.

A reliable government source said: “You can crosscheck from the party; Buhari has not asked for any input from APC. “Does he really need it? Are you saying he does not know what to do unlike 2015? “He did not request for nominations from the APC governors not to talk of receiving any list from them.

“Some governors attempted to gauge his mood but he was noncommittal. He only kept quiet and allowed the governors to do the talking. “Both the party and the governors have also respected themselves by not putting pressure on him.”

A governor said: “The truth is that we have not been asked by the President to make recommendations on ministerial nominees. “We have tried to be careful too because he does not choose our commissioners for us.