President Zuma Speaks on His Giant Statue Built by Okorocha 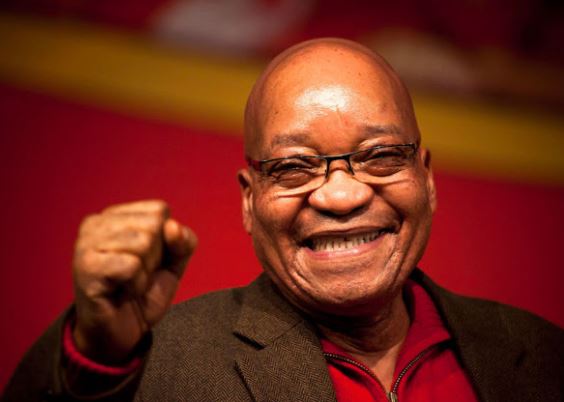 President Jacob Zuma of South Africa has spoken about the giant statue made of him by the Imo State Government.
The President said he is leaving the state and Nigeria as a hero. Nigerians woke up last Saturday to a giant statue of Jacob Zuma standing tall in Owerri, Imo state.
The Imo State Government, Rochas Okorocha had unveiled the bronze statue, named a street after Zuma, conferred him with a chieftaincy title and then the highest Merit Award in Imo state during his two-day visit.
The Imo state government said Zuma’s visit to the state was to “strengthen socio-economic relations and deepen cooperation in education.”
Speaking about his visit, Zuma said “I walked in here‚ as I said‚ as an ordinary freedom fighter. I’m leaving Nigeria‚ through the state of Imo‚ as a hero. What a decoration.”
President Zuma Speaks on His Giant Statue Built by Okorocha was last modified: October 18th, 2017 by Arinze Ago