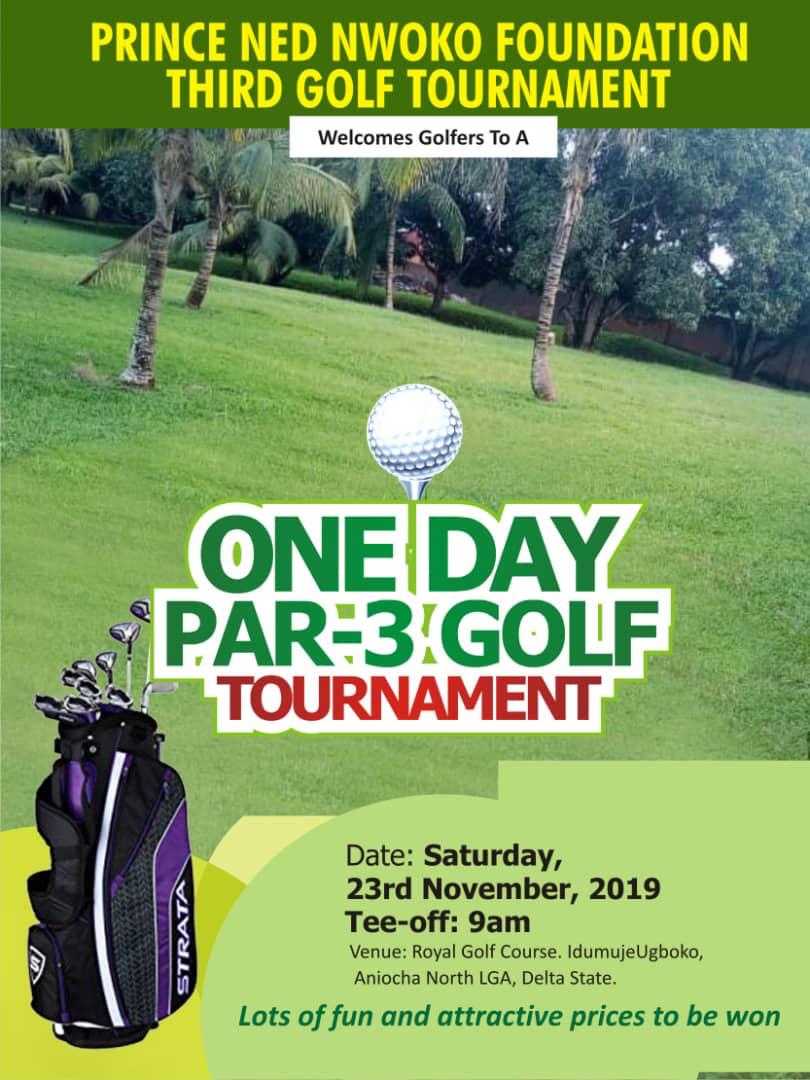 Prince Ned Nwoko Foundation is set to host the third golf tournament on Saturday, November 23, 2019, with the participation of top world players.

The Golf Tournament will kick off at the Royal Golf Course Idumuje Igboko, Delta State

Several world stars, led by some foreign coaches, football agents and scouts are set to storm the tournament.

40 players will be picked after the tournament presently going on in Abuja to proceed to Europe courtesy of Prince Ned foundation soccer star project.

The Prince Ned Nwoko Foundation tournament seeks to establish itself as one of the most important international tournaments with the participation of young stars, competing for lots of prizes

Prince Ned Nwoko has been promoting initiatives to improve the contribution of various sectors, such as sports and tourism, with the ultimate goal to promote youth development, sports, and culture.

In the ongoing tournament in Abuja, 40 players will also be picked to proceed to Europe courtesy of Prince Ned foundation soccer star project.