Racism: FA Got Info About Women’s Coach Sampson Before Employing Him – Report 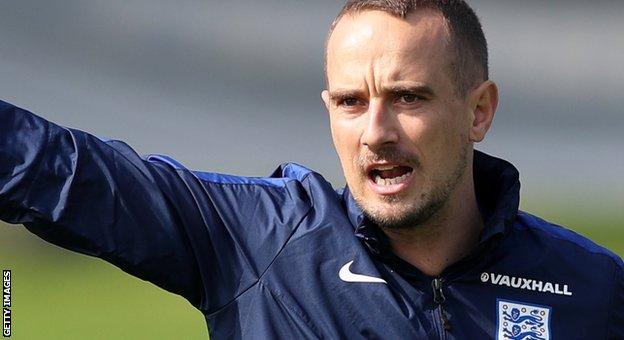 A report reaching the media has revealed that The Football Association was warned about employing England women’s manager Mark Sampson before he got the job.
Sampson was sacked on Wednesday after evidence emerged of “inappropriate and unacceptable” behaviour with female players in a previous role.
The Women in Football group says questions over suitability were raised during his recruitment process.
It comes as the FA faces heavy criticism of its handling of the case.
The governing body says directors Kelly Simmons and Dan Ashworth, who were involved in Sampson’s recruitment, were not aware of any rumours or allegations before hiring him.
The FA says it was made aware last week of the full details of safeguarding allegations made against Sampson in 2014 relating to his time as Bristol Academy manager.
A 2015 FA assessment found Sampson, who was appointed in December 2013, did not pose a risk.
The 34-year-old Welshman was also cleared this year of wrongdoing following discrimination allegations made by England players, including Chelsea and England striker Eniola Aluko.
Women in Football says it understands questions over Sampson’s suitability for the role were brought to the attention of the FA during the recruitment process in 2013.
The support network for women working in the professional game also highlighted Sampson being sent on an education course following the safeguarding allegations.
“It is unfathomable that an England manager could be sent on a course to emphasise the appropriate boundaries between coach and player, as a direct result of a safeguarding investigation, and not be subject to any sort of due diligence,” it said.
FA chief executive Martin Glenn was questioned by the BBC on Wednesday as to whether Sampson had been asked to declare at his interview whether anything embarrassing could emerge about his past.
Glenn replied: “What we understand from the files is you tick a box, is there anything that needs to be known? That was ticked ‘no’. References were taken about his time at Bristol which were positive.”
The BBC understands Glenn retains the full support of the FA board.

Racism: FA Got Info About Women’s Coach Sampson Before Employing Him – Report was last modified: September 21st, 2017 by Damilare Salami