Real reason I was expelled from Redeemer University – Debo Adedayo 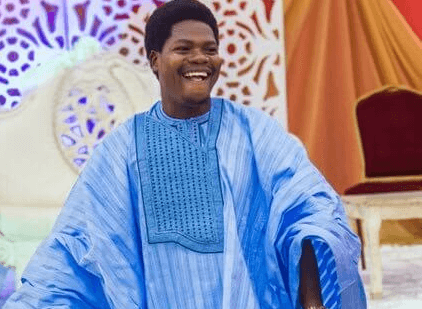 A few days ago, news broke that fast rising Yoruba actor; Debo Adedayo aka Mr Macarony who is also an undergraduate of Redeemer’s University was expelled by the management of the institution for the reasons best known to them. Then, information had it that Macarony and his friends organized an awards ceremony during the Sunday service of the administration to honour outstanding lecturers who have contributed so much to the success of the students and the Vice Chancellor of the school was excluded. Prior to this, GBOLAHAN ADETAYO spoke with the actor, who revealed to us the untold story behind his expulsion from the school.

What really happened between you and the management of your school?

I met with Professor Wande Abimbola, a former Vice-Chancellor of OAU and we had a good time. I took a photo with him and posted it on Facebook with a caption. Some weeks later, the management of my school sent for me and when I got to school, they told me that they felt that the Facebook post was an insult targeted at the University. I told them it has nothing to do with them as they can see that I did not mention any name.

That same day, just to clear the air, I deleted the post and issued a disclaimer that the post wasn’t targeted at Reedemer’s University. Only for me to receive a letter of expulsion weeks later for the said Facebook post. I have no issue with the school other than the fact that I always stand for the rights of students.

What is the relationship between the professor and your school?

The professor I met has no relationship with the school. He is an international Icon and I was just opportuned to meet him. I was already out of school when I was sent a letter of expulsion. So I didn’t get to know anyone’s reaction.

Now, what do you intend to do to the school?

I can’t do anything to the school. It still remains my school. However, my parents have decided to take legal action as they have tried all their possible best earlier to resolve this issue amicably all to no avail. They believe it is only fair and just that I get my certificate. As for me, I am relaxed and hopeful. I am also in contact with The Alumni Association of the University who are on top of the situation as I want to take it that I am already a part of that body. The legal practitioners will keep us updated as events unfold.

But report has it that you were expelled because you organized an award ceremony and you chose not to give the VC, even though he was present at the ceremony. How through is that?

I don’t know if that is the reason or not, but it is true that there was an awards ceremony organized by the association and we didn’t award the VC. We had a meeting to decide the people we wanted to award and it was unanimously decided that the VC should not be awarded. The presentation of awards was during the Sunday service of our administration. So everyone is required to be present. We never invited him personally.