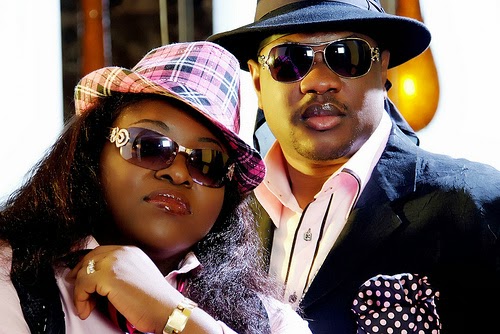 It is no longer news that recession is the rave in town and there is no gainsaying in the fact that many Nigerian homes can’t afford the sumptuous meal that every child was privilege to many years ago. Little wonder that the gate crashers have drastically increased in numbers these days. Before going into the story of the Gate Crashers “Mogbo Moya’s” as we call them in Yoruba dialect. Let us quickly look at the meaning of the word Recession.

WHAT IS THE MEANING OF RECESSION?

Recession is a period of temporary economic decline during which trade and industrial activity are reduced, generally identified by a fall in GDP in two successive quarters.

In actual fact what is happening to us today in Nigeria is not only recession but gradually turning to depression and confusion. The state of the economy is so bad that many people go to bed without food.

Over the years a lot of musicians have sang at different times about the austerity period in Nigeria ie Dr Victor Olaiya( Ilu Le), Ebenezer Obey( Garri ti Won), Godwin mobuwa(Austerity Measure). The adverse effect this has left many with is to become a shadow of themselves while going abegging at every given opportunity.

Little wonder the number of expected guest at social functions these days has surpassed your carefully estimated guest list leaving the host to a Mogbo Moya Phenomenon.

At weekends you see very beautifully dressed gentlemen and ladies, young children well dressed up looking kings and queens. You watch them as they move at different pace to get to their different places of social engagements. You see them in BRT, Maruwa, Okada and other type of commercial vehicles .You hear dem shouting at the top of their voices in different dialects “Mo ti pe rin kia kia (Yoruba), I don late waka fast (pidgin) . You see them at Birthdays, Burials, Naming Ceremonies, Weddings, etc

They are called the GATE CRASHERS (MO GBO MO YA) without invitation tickets they look for the Owanbe Party venues in town.

At event venues they look for the best sit usually close to the serving point (food) so they wont have to work so hard in getting good food. They sit down calmly though with bulgy eyes and heads turning right and left every time the waiter passes by. Our host the celebrant who is usually a friend to all moves round greeting everybody asking if they have been taken care of at this point both gate crashers and invited guest are treated equally by their benevolent provider.

The usual announcement comes suddenly from the MC saying “Please if you haven’t eaten please feel free to call any of the waiters there is a lot for everybody to eat” Ha!!  The part we all have been waiting for our gate crasher becomes restless out of reflex he raises up his hand, whispering, moving his body in discomfort on same spot.  Again another announcement from the MC this time it is for donations to our benevolent host as we know it is a give and take situation in this part of our world.  The Gate Crasher rushes to the toilet then murmurs “Una never give me food Chop and you

The Gate Crasher rushes to the toilet then murmurs “Una never give me food Chop and you wan collect money I never even know the money I go use waka commot from here sef. When he gets out of the toilet He looks refreshed.

The   neatly dressed waiter walks down to him and politely ask “Sir what would you like to eat”? Our friend who doesn’t bother asking for what they have on the menu list goes straight to the business of the day.

He says ”Please give me Salad, Semovita, Amala, Gbegiri, freshfish, bokoto, eran igbe, eja kika,Eja panla, Abodi, stockfish, plantain, moinmoin, Chinese, Shaki” then ends his request by saying this is all for now as I am watching my weight.

The waiter who has been left dumbfounded by his order suddenly regains consciousness and asks “Sir hope no Problem?”