Why Red Wine Is Very Good For Your Heart 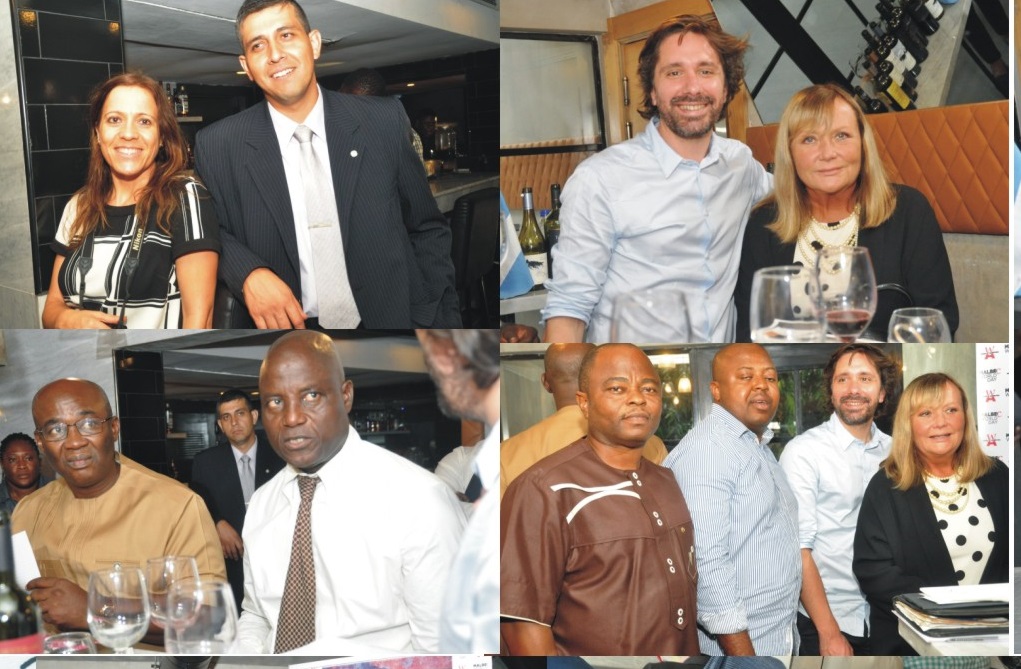 Emiliano Stratico was in Lagos for 2 days last week. He is an Italian-Argentine sommelier who runs the oldest cellar and wine bar in the Principality of Monaco, “Les Grands Chais Monegasques”.

Previously, he was a Consultant to the Foreign Ministry of Argentina, where he had the responsibility to set up trade shows, booths to link exporters and importers during the meetings of Argentine wine promotion in the world.

He has been in charge of several European and Asian missions, including China, Vietnam and Thailand. Emiliano studied sommellerie at WSET School in the centers of London and Macon in Burgundy. He graduated at the University of Paris IV Sorbonne, and his Master II at the University of Rouen, where he successfully defended his thesis on the theme “Teaching languages by specific objective: the case of languages for wine”.

He has taught at several of the world’s most renowned universities and hospitality schools, such as Vatel School or IPAG in Paris. He has also been invited as a speaker in countries such as Canada (Quebec) or The Netherlands. The French radio station RFI devoted an article to him during his speech on the occasion of the World Forum of the Francophonie in Quebec City in 2010.

Indeed, Emiliano also worked in promotion of the French language from an economic angle through its educational approach “French language & wine trade”. More recently, the newspaper “La Naci6n”, the largest in Argentina, has dedicated a three-page article in the Sunday newspaper. In addition, he was interviewed by Colombia’s most important radio station, Radio Caracol, where he had the opportunity to talk about his work as Manager of Monaco’s most important cellar and also his role of private sommelier of several celebrities. 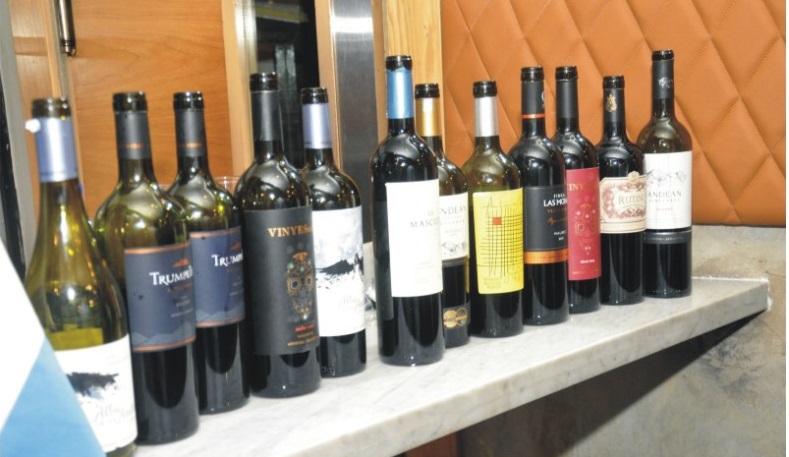 In all, Emiliano has been promoting Argentine wine, worldwide, for more than 15 years. Now, it has set itself the goal of extending its network and exporting Argentine know-how in the field of oenology in new horizons.

He held 2 wine master classes at the RSVP Restaurant from April 17th and 18th, 2018. It was during his visit to Nigeria that he spoke to City People about his love for Wine and the health benefits there in. Whats the theme of the event?. MALBEC Argentino-You know me and you don’t mean? We can tell you. In a country where the winemaking tradition is as deeply rooted in its culture as tango, football or asado, Malbec has won its place as an Ambassador, becoming the flagship grape of Argentina par excellence. A grape that has found the optimal conditions to grow and evolve until becoming the most successful exponent of the world viticultural scene.

It is an emblematic case in which a country has achieved direct association with a varietal, rescued it from oblivion and marked a paradigm on the global wine scene. Even new technologies give evidence of this unprecedented phenomenon. Extensive research that has analysed the behaviour of internet users and their perceptions of different countries allow us to conclude that Malbec is synonymous with Argentina. A classic varietal, widely recognised and far from remaining unchanged over time, it is constantly being reinvented by a restless generation of agronomists and winemakers willing to take Malbec beyond the limits of the imagination.

In a global context that leans towards the search for differences as a way of reaffirming identities, in the last decade Argentine viticulture has tumed its gaze to terroir to reveal its influence on wines. And in this ambitious challenge, once again, Malbec is the key: it has become the tool to understanding each terrolr and Interpreting the differences.

Malbec grew from 10,000 hectares to 40,000 in the 25 years from 1990 to 2015, reaching 57% of the total wine exported. The door was open to the discovery of an inexhaustible range of Malbec profiles associated with terroir. A new generation has pushed the wine border westward, up into the mountains, and south and east, seeking the cold of the southem latitudes and the influence of the ocean.

While the line of a thousand metres defines a style of Malbec with ripe fruit and spices, good body and voluminous tannins, the new frontier offers a profile of fresh and floral fruit, medium to full bodied with juicy tannins and an abundance of freshness. It opens the way to a wealth of diversity and a range of completely new styles for a variety whose potential is yet to be discovered. In this chat with Kemi Igbalaye, Emiliano Stratico spoke about why the Argentine government wants Malbec Wine to become popular in the Nigerian Wine market. The renowned sommelier said a lot about the beauty of the wines of Argentina which participants tasted at the 2 recently new master classes.

How did you develop your interest in wine?
It started since I was very young. I was interested in both beverages in general. First, I began work in the hospitality industry and at the time I wanted something more. I specialised and I choose Wine because it combines so many things, commerce, chemical and geography and a lot of things in wine and I moved to London and studied there.
When you moved to London were you just consulting on wine.

First, I started working in Argentina where I was born and I moved to Paris to work in a restaurant and in some related to food and beverage. I got my first degree in Paris and moved back to Argentina were I worked with the ministry of Argentine to promote Argentine wine throughout the world and across the nations. I moved to Asia, then moved to London because I wanted to attend a school there which is the best today.

What is the relationship between Argentina and Wine? Not many people know this.

There is this thing in the history of wine. It started in France, Italy, Spain, Portugal, which are the four main countries, then may be Germany. Then grapes were taken to some colonies in Austrialia, New Zealand.

So, we began making wine but we became sophisticated in the way we drink and produce wine by the 1990’s. We are very recent we just began policy, marketing policy. That is more of the reason why we are here. It began just 11 years ago. It is an agency which was created by the government of Argentina to promote Argentine wine with the support of Ministry of Foreign affairs and the Embassy of Argentina.

What distinguishes Argentina wines from other wines from other countries of the world?
Because Argentina produces wine with grapes and that is the great thing in Argentine. 75% of Malbec Wine in the world are from Argentina. The grapes grow well in Argentina and 11 yrs ago, we created Malbec World Day. Malbec wine is done with grapes that taste like blueberry. Its not harsh and its a wine that is very easy to approach.

Is it true that there are some wines that you can take before, during and after food?
Yes. Before taking any wine, you have to feel the temperature and the weather. Nigeria is hot country so you could match your food with spices and you can take white Malbec wine.

What are the health benefits of wine that many people don’t know?
The only wine which has health benefits is Red wine. Red wine has the benefit of the grape mainly for the heart and memory. We should take 2 glasses a day, not more than that. More than 2 glasses may create some problems for your health.

Some people believe one good way to know a good wine is to look at the year it was manufactured. Is it true that the older the wine the better?
It depends on the grape they used to produce it. The lighter the wine, the lesser you can keep it. There is a great difference between vintage wine and light wine. It depends on the content.

What are the advantages of Malbec wine?

You can keep Malbec wine for a long time and also take it with beef and all kinds of food. If people can have different kinds of Malbec wine in their home, they can pick anyone they like in the morning, afternoon and evening.

Why Red Wine Is Very Good For Your Heart was last modified: April 23rd, 2018 by City People