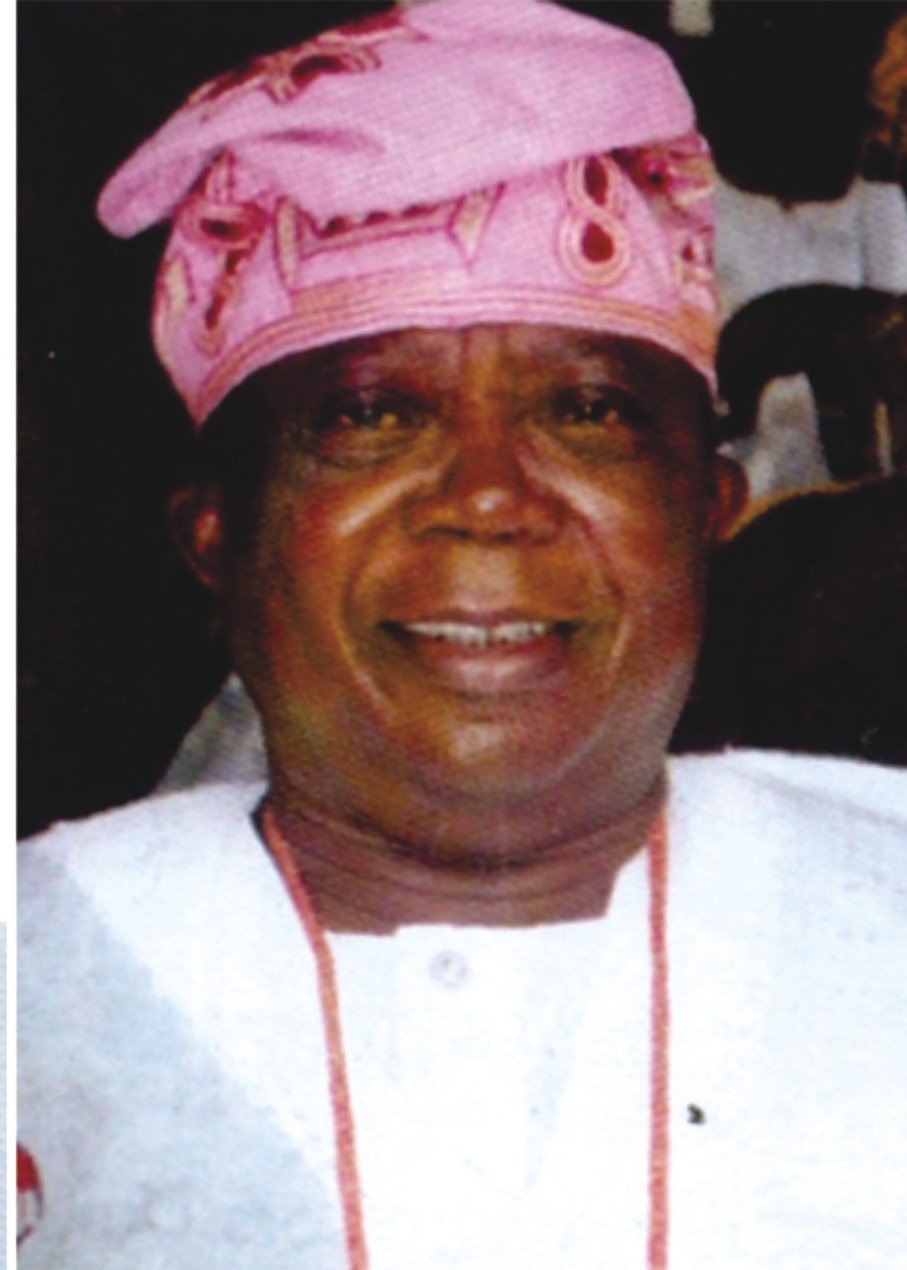 Ambassador Emmanuel Olufemi Fowora, who is the Otunba Setejoye of Ijebuland, celebrated his 80th birthday on December 26th, 2016. He was Nigeria’s Ambassador to very many countries across 4 continents from 1962 to 1991 when he retired.

Two weeks ago, highly placed Nigerians, ranging from top government functionaries to captains of industries and acquaintances as well as traditional rulers gathered at the Oriental Hotel, Victoria Island, Lagos for the 80th birthday of this respectable diplomat whom many at the event described as “a worthy ambassador of Ijebuland.”

In an exclusive interview with City People TESSY MOORE, Ambassador Fowora who is happily married to Chief Mrs. Olayinka Fowora and blessed with 3 children took us down the memory lane.

Congratulations, you just turned 80. How do you feel attaining that age?

I thank God I turned 80. I am very happy and elated. despite all the difficulties of life, God made me to live to see 80. So, I really bless the name of God. It is not easy clocking that age.

Did you ever know you would attain the age of 80?

Seriously, I was looking up to 70 because I had to consider many factors. you know people do not live that long in a third world country. The life span of an average Nigerian is 57. But here I am, clocking 80, I say God be praised.

That is a very good question. Employment is out of it because I can’t start looking for a job now. I will continue to worship God, I will sometimes go to unwind in my club. Before now I used to unwind in many clubs but it has been cut down to two.Now I only go to Lagos Motor Boat Club on Awolowo Road, Ikoyi and Yoruba Tennis Club. My children do more of visiting now. The last one is 45 years old. They come to say hi to me once in a while.

When did you become an Ambassador?

I joined the Foreign Service in 1962 after I left the University. When it comes to diplomatic service, you start at a lower level which is from 3rd Secretary and one would rise to 2nd Secretary and then 1st Secretary Councillor to Minister counsel, to a Minister and then Ambassador. As the 3rd Secretary then, I was first posted to Sudan where I had my first child, Adetola, from there to New York as a consul but in Sudan I was a 3rd Secretary. I had my second child, a baby girl while in New York as a Consul. Later, I came back to Nigeria during the Nigerian Civil war. They sent me and 21 foreign officers to the home services. I found myself in the foreign service because the Biafrans just left the Foreign service then I had become a Junior diplomat, I was sent to Senegal where I spent 4 years, afterwhich I was brought back to Lagos. Later I was sent to Australia as acting High Commissioner. From there, the next point of call was London, that was where I worked hardest in my life. I was also posted  to Senegal as full Ambassador. Then to Trinidad & Tobaggo, from there back to Lagos before I was posted agian to Yugoslavia, that happened to be my last posting. I retired there in 1992 after spending 35 years in service.

Fill us in into your educational background?

I had my secondary education in Ijebu Ode Grammar School, 1951-56, from there I proceeded to North Western Polytechnic in London for my A’levels. I also attended University of Hull where I read Law. I graduated with second class upper in 1962, same year was when I got recruited into the foreign service.

I spent the first 17 years of my life in Ijebu-Ode town. At age 17 I visited Lagos before I travelled abroad.

Tell us about your siblings?

Our mother gave birth to just two of us. Myself and my elder brother who died at 87, 2 years ago, just as my mother died at 87. But I pray to live up to 90 years. 80 percent of those who left Grammar School with me are gone.

No, I just love to live rightly as from now, but I say no to 100 because when one attains 100 the look would have changed so terribly.

Tell us some of the challenges you faced?

While rearing my children I experienced difficulties because we were moving from one country to another. Basically from one English speaking to another French speaking. Their education was badly hit.

I would like to be remembered for being a good/successful ambassador. I have friends I introduced to diplomacy. If they look back now they will be fulfilled. Simply put I have been a very successful diplomat.

When did you marry?

I got married in 1964, 2 years after I got the foreign service job.

Where did you meet her?

I went with a friend to Anglican Grammar School Abeokuta, we met and courtship started.

What attracted you to her?

Let me say it was love at first sight. Since I met her, her love and thought has never left my mind. She is my queen, my mother and everlasting love.

Please tell us that unique attribute that you saw?

She was homely and responsible. Let me tell you something, ever since we married she has never worked.

What physical attribute got her attracted  to you?

Her beauty, she was very beautiful.

She is hardworking, disciplined and gentle behind a successful man there is a good woman like my wife.

People mistake your name for your son’s name?

It is because of the resemblance in name. We both bear Olufemi Fowora and for someone who does not know us, that can be a problem. My mum gave him that name.

What advice do you have for people who would love to become a diplomat?

Nigeria is the most populous black nation in the world. So, anybody who wants to represent us should do it rightly. Firstly, they should get education. Education is key, it is the only legacy a man can give to his child.

How many years did you court your wife?

I met her while she was in final year in secondary school. That was in 1963, at that time I was posted to Sudan, I was only given two weeks to pack my bag and baggage and relocate. I went to beg her, we immediately headed to the registry before then I proposed to her.

Tell us how was the proposal like, did you kneel before her?

We didn’t go through all that because I didn’t have time on my side. I was preparing for two things, Sudan and Marriage. It was as if we rushed everything but we didn’t because we took our time to plan.

Do you have any regret in marriage?

Not at all. As you can see we are waxing stronger everyday. It is very evident, we operate like an old wine, the older the better. My wife is a good woman, I would love to have her over and over again.

Paul Pogba Gets Furious When He Loses – Brother, Florentin Pogba

How PAYPORTE Hit It Big With Big...