The SA to the former president of Nigeria insinuates we should move over AY’s Nigeria’s highest grossing movie ‘100 DAYS IN LONDON’ and expect his!

Move over AY COMEDIAN! My new movie 100 DAYS IN LONDON is set to break 30 Days in Atlanta’s record as Nigeria’s highest grossing movie of all time! Based on a true story, the movie features a hypocrite who on the 27th of April, 2016, banned government officials from going for medical tourism abroad at government expense yet ended up being the main culprit of a malaise he complained about.

I have not yet decided who will play the lead role, but I am considering casting an anti corruption crusader who chose to higher 11 SANs rather than shows his school leaving certificate or proof that he had one. Watch this space for further details! 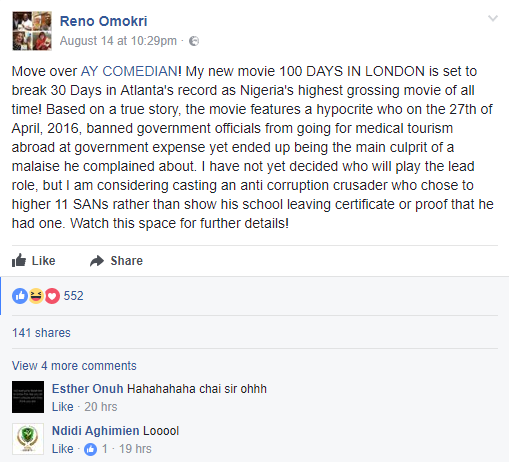 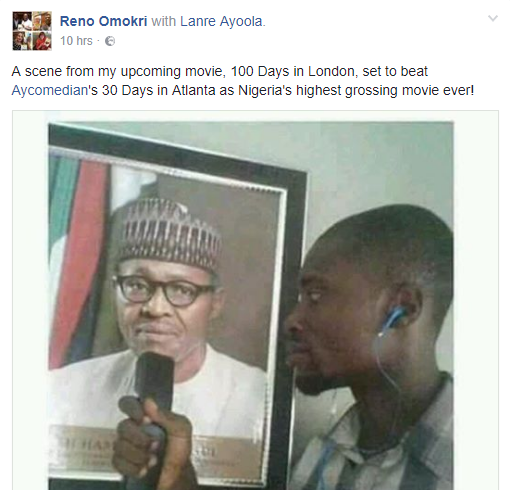