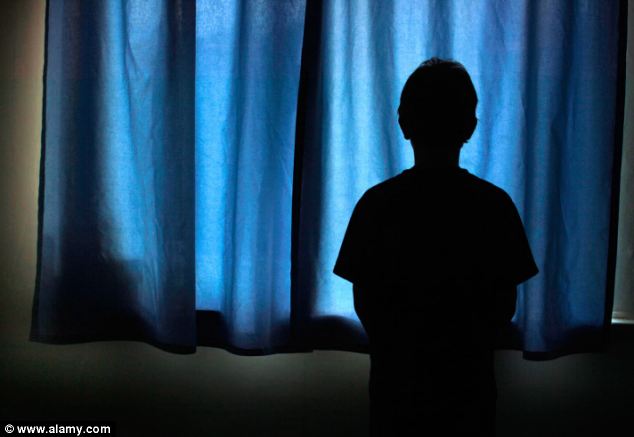 The boys between the ages of 14 and 16 were seen by our correspondent squatting in a dark room apartment from where they are being made to pay N15,000 every Sunday as returns from hawking by their boss, Emeka Nwangbo.

P.M.EXPRESS reports that the house in question is located at 53 Isikalu street in Olodi Apapa where over 15 boys are being kept in a room apartment by Nwangbo who ensured that they comply with their weekly returns, while the boss resides in another area at 7 Alaka street in the same Olodi Apapa Lagos from where he control the boys.

It was gathered that the under-aged boys were brought from Ebonyi State to Lagos under the false pretence that Emeka as popularly known will send them to school.

However, when he brings them to Lagos, he will disconnect them from their parents and buys wares for them to hawk on the streets of Lagos on a weekly returns between N15,000 and N20,000.

This was disclosed by two of his boys; 14-year old Ifesinachi John and one Boniface who he abandoned at Kirikiri Prison after they were arrested and sentenced with an option of fine of N10,000 which he refused to pay.

Narrating his journey to Lagos, John told P.M.EXPRESS that he is from Iseke in Abakiliki in Ebony State where he finished his primary school.

He said Emeka returned home and he informed him that he has completed his primary school and wanted to go to Secondary School.

“He, Emeka, promised to take me to Lagos and will send me to a better school and I gladly accepted and told my parents who also accepted,” the boy narrated.

He said he was brought to Lagos and taken to the house where he met other under-aged boys who he later knew were hawking for Emeka.

He said Emeka left to his house and later came in the evening when he then informed him why he brought him to Lagos.

“He told me that he was going to use N10,000 to buy goods and give me to hawk in the streets of Lagos and should sell as many so that I will be making weekly returns of N14,000 every Sunday. That as a new person in the business, he will increase it later,” he added.

The boy narrated that on the day he was arrested, he had trekked from Apapa to Maryland to sell in order to meet up the target to avoid Emeka locking him up at the police station as he had threatened.

That was the same day he was arrested and charged to court.

He said they were abandoned in prison by Emeka whom he said was angry of losing some money and returns after they were arrested by KAI officials and their goods seized.

When our reporter visited Emeka’s house, he was not around to comment on the matter.

When he was eventually contacted on phone to know why he abandoned the boys in prison instead of paying the fine, he said he was angry with the boys for incurring such fine after he warned them to try and dodge the KAI officials to avoid arrest.

When our correspondent contacted Trinity Police Station, the DPO was not around for comment.

However, the police at the counter said there was no such report and they will find out if such existed in the area.

P.M.EXPRESS reported that John and Boniface were among the over 20 underaged hawkers arrested and jailed by the KAI officials after they allegedly shared their goods.