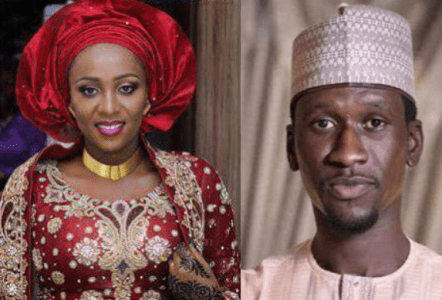 No fewer than 53 spouses have been allegedly killed in Nigeria by their partners from November 19, 2017, when Maryam killed her husband, till date, Daily Trust finding shows.

Twenty-six months after killing her husband, Maryam Sanda was recently sentenced to death by hanging.

She was arraigned by the police on November 24, 2017, over the death of her husband, Bilyaminu Bello, a nephew of former Peoples Democratic Party Chairman, Alhaji Bello Halliru Muhammad. Delivering judgement in the case on Monday, the trial judge, Justice Yusuf Halilu, held that the evidence of the convict that the deceased died after falling on a bottle of Shisha, was only a cover-up plot.

He held that under the Doctrine of Last Seen, the convict was under the obligation to explain what caused the death of the deceased and not the prosecution since she admitted being the last person with the deceased.

The Sanda/Bilyaminu case is just one among the growing number of spouses deaths in the hand of their partners in recent years.

A 40-year-old man, Bamidele Olanrewaju, was arrested by the men of the Ogun State Police Command for allegedly beating his wife, Adenike, to death.

The incident, according to a statement in Abeokuta by the Command’s spokesman, Abimbola Oyeyemi, occurred on Sunday, January 19, 2020, at the couple’s residence in Bisodun village, via Ofada, in the Obafemi-Owode local government.

The suspect was alleged to have used a big stick to beat his wife into a coma, and thereafter proceeded to stab her in the head with a screwdriver, resulting in her death.

Similarly, a 60-year-old man in Ile-Ife, Osun State, Rafiu Irawo, killed his wife, Funke and took his own life over an allegation that his wife was having secret affairs with another man.

The incident occurred at Alakowe area in Ile-Ife on Friday, September 20, 2019.

Also, one Akorede Balogun was accused of being responsible for the death of her husband, Rasaki Balogun, who was found dead with his mistress, Muyibat Alabi, in his house at No. 16, Taiwo Oke Street, Victory Estate, Ejigbo in Lagos on July 10, 2019.

A witness, Oguegbu Promise, told journalists that Mrs Balogun had forcefully poured a liquid substance suspected to be poison into the mouth of the deceased persons.

A 37-year-old man, Mutiu Sonola, was arrested by operatives of Ogun State police command for beating his 34-year-old wife, Zainab Shotayo, to death.

A statement signed by the Command’s Spokesperson, DSP Abimbola Oyeyemi, disclosed that the suspect was arrested on Wednesday 25th December 2019, following a report by the father of the deceased, who complained at Ibara division of the state’s command.

Another recent case occurred on 27th January 2020 at 4: 00 am, when a 19-year-old woman, Rabi Shamsudeen, allegedly stabbed her 25-year-old husband, Shamsudeen Salisu, to death at Danjanku village, in Malumfashi local government area of Katsina State.

The incident was due to a misunderstanding between the young couple, according to the report.

Neighbours, who said they heard the deceased crying for help, had rushed to the scene and met the deceased crawling out of a room and bleeding from a stomach wound.

There have been other reported cases of this nature all over the country.

This trend is worrisome and Nigerians are showing concerns already.