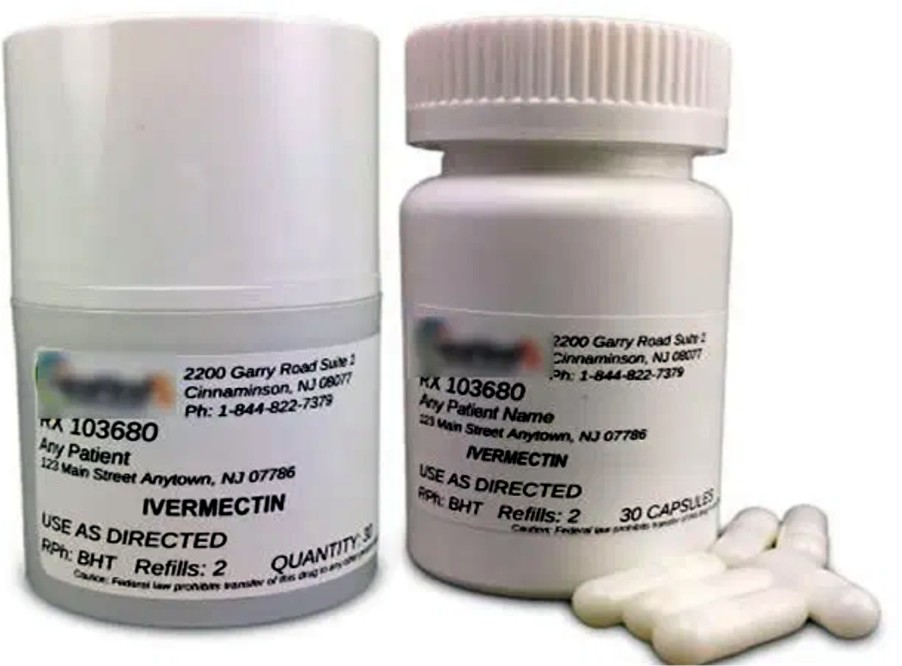 Have you heard about the new anti-Covid-19 drug many rich Nigerians are rushing to buy right now at all the pharmacies across the country? If you haven’t, let’s quickly tell you about it. Its called Mectizan Ivermectin and as you read this, there is a mad rush for it at all the reputable pharmacies across Nigeria. In Lagos, a pack goes for N50,000 with the option of buying it in bits and pieces for a much-reduced amount. City People found out that a few weeks back, the cost was N45,000. But because of the demand the price has shot up and there are fears that it may still go up. In fact, in highbrow neigbourhoods like Ikoyi, VI & Lekki, the cost of the drug has shop up to N300,000. And guess what? People are buying.

Last weekend, City People visited a few accredited pharmacy and all the pharmacists on duty confirmed that over the last few months there has been a mad rush for Ivermectin, which has Mectizan®) as brand name. It is not sold on the shelf. You would have to wait for a while, after making enquiries for it. And when make enquiries you will be grilled on why you want it and doctors prescription.

Why it’s used. Ivermectin oral tablet is used to treat infections of parasites. These include parasitic infections of your intestinal tract, skin, and eyes.

How it works. Ivermectin belongs to a class of drugs called anti-parasitic drugs. A class of drugs is a group of medications that work in a similar way. These drugs are often used to treat similar conditions.

Ivermectin oral tablet works by binding to parts inside the parasite. It eventually paralyzes and kills off the parasite, or it stops adult parasites from making larvae for a while. This treats your infection.

It is not a new drug. It is over 30 years old. It was initially sold for 6 dollars before the price shot up.

Originally the drug was used for Worms, Scabies, Filariasis, Parasites, etc. It is also for the treatment for Onchocerciasis. It is called Ivermectin (brand name Mectizan®). Unlike previous treatments, which had serious – sometimes fatal – side effects, Ivermectin is considered safe and can be used on a wide scale. It is also a very effective treatment, and has single-handedly transformed the lives of millions of people suffering from Onchocerciasis since its introduction in 1987.

Ivermectin kills the larval Onchocerca volvulus worms – microfilariae – that live in the subcutaneous tissue of an infected person. It is believed to paralyse or kill the microfilariae gradually, so avoiding the intense inflammatory responses induced when they die naturally. Treatment with Ivermectin relieves intense skin itching and halts the progression towards blindness.

Ivermectin does not kill the adult worms but suppresses the production of microfilariae by adult female worms for a few months following treatment, so reduces transmission. As the adult worms can continue to produce microfilariae until they die naturally, Ivermectin has to be taken once a year for 16–18 years to break transmission. In APOC countries, it is estimated that 65% of the total population living in an endemic area need to take Ivermectin annually to eliminate Onchocerciasis as a public health problem.

Ivermectin is taken orally as tablets. A single dose of 150 to 200 µg/kg body weight needs to be taken annually to be effective. The dosage depends on a person’s body mass, which can be simply calculated according to height.

In 1987, the manufacturer of Ivermectin – Merck & Co., Inc. – declared that it would donate ivermectin free of charge for as long as is needed. This unprecedented donation is administered through the Mectizan Donation Program, which works with ministries of health and other partners to distribute the drug.

Yes. People are buying it, but you need less than 20 tablets, both for use for Prevention & Treatment. The dose for Prevention is just 4 tablets at once. And this can be repeated after one month.

What made many rich Nigerians to go for it was the recent video of a US doctor who appeared before US Senate.

Dr. Kory. MD revealed a lot. He first came in May 2020. After the hearing doctors came to meet the head of the Senate Committee to commend his impactful presentation and his testimony at the Senate Hearing. This time around he said he has been descredited as a politician. But the man says he is not a politician. “I am a Physician and a man of science. I have done nothing but commit myself to scientific truth and the care of patients. I am not a politician.  I am a physcians. I am speaking on behalf of a group, and organisation I am belong to.

I am not speaking as an individual. I am part of an organisation that has some of the most highly published physicians in the world. We have near 2,000 peer review publications among us led by Prof. Paul Marik, who is our intellectual leader. We came together early in the pandemic, and all we have sought is to review the world’s literature on every facet of this disease trying to develop an effective protocols. I was here in May and I recommended that it was critical that we use critical steroids in this disease, when all of the National and International Healthcare Organisations said we cannot use those. That turned out to be a life saving recommendation.

I am here with a new recommendation in the last 9 months we have done nothing, we have reviewed all the literature and tried to figure out how to identify a repurpose and available drug to treat this illness. I am severely troubled by the fact that apart from the NHS, FDA, CDC, I do not know of any taskforce that was assigned or compelled to review repurposed drugs in time to treat this disease. Everything has been about novel, and or expensive pharmaceutically engineered drugs. My group, our organisation has filled that void. All we have done is to focus on the things we know and the things we do. We have a solution to this crisis. There is a drug that is proving to be of miraculous impact. When I say miracle, I do not use that term lightly. I don’t want to be sensationalised when I say that.

Let me tell you the mountains of data have emerged in the last 3 months from many centres and countries around of the world showing the miraculous effectiveness of Ivermectin. It basically obliterates transmission of this virus. If you take it you will not get sick.