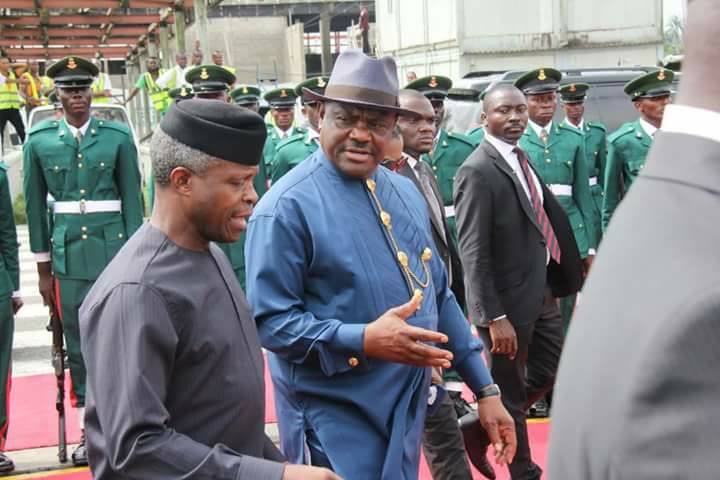 The restrictions on the accounts were lifted after many Nigerians condemned the EFCC’s action.

“I am calling for the sack of the Acting Chairman of the EFCC, Mr Ibrahim Magu, for overthrowing a tier government. The mere fact that the two accounts have been re-opened does not mean that a crime was not committed,” Governor Wike reportedly told journalists, Thursday, in Port Harcourt, according to a Government House press statement.

“When you freeze the account of the State Government, you have overthrown that government. Without funds, a state cannot function. This means the shutdown of government business at Executive, Legislature and Judiciary in the affected states.”

Mr Wike said if the director general of the State Security Services (SSS) could be sacked because of the recent siege to the National Assembly, then the acting chairman of the EFCC deserved to be sacked and prosecuted for his action against the two states.

Mr Wike said the EFCC, as an agency of the All Progressives Congress (APC)-controlled federal government, went after Benue state government because of the defection the state governor, Samuel Ortom, from the APC to the Peoples Democratic Party (PDP).

The governor linked the commission’s action in Akwa Ibom to the defection of the former Senate minority leader, Godswill Akpabio, from the PDP to the APC.

He said the EFCC was ultimately targeting the Rivers state government.

He called on the Nigeria Governors Forum to defend the independence of states.