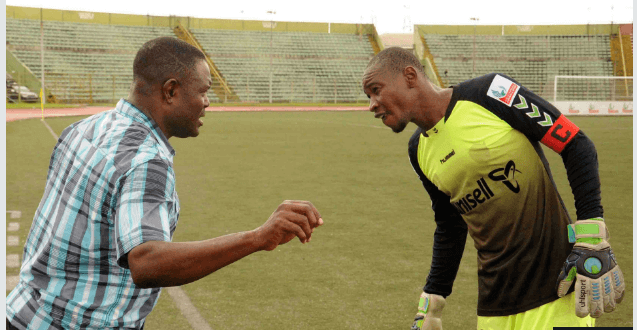 Before the game against the Anambra Warriors, the Port Harcourt based team were hoping to get their third win in a row for the first time in 21 months.

Goalkeeper Rotimi was dismissed for a serious foul play on Seka Pascal inside the goal area, with Onyekachi Chidume smartly converted the resulting penalty.

And with five minutes left, Oche Salefu’s moment of brilliance grinded out a result for the hosts and Eguma is ruing his captain’s error for their draw.

“It was a game we actually prepared to win knowing that our opponents are also a very strong side but unfortunately, we could not get the three points at stake,” Eguma told Goal.

“We fought very well and the players put up a good effort and created a lot of scoring chances in the first half but we could not convert any of them.

“And in the second half, I think the penalty against us through the goalkeeper [Sunday Rotimi] put us in a difficult situation and that affected our game plan.

“I still commend the efforts of the boys, showing character and coming back to get an equalizer. We have to move on and focus on getting better prepared for our next game against Wikki Tourist.”

Rivers United are fifth on Nigeria’s topflight log with 17 points from 11 games and they would be hoping to negotiate a win at struggling Wikki Tourist on Sunday.