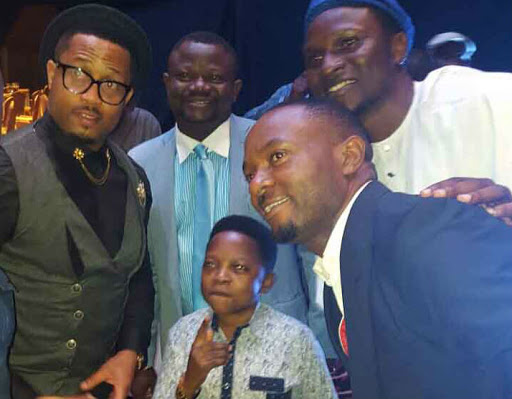 Nollywood actor, Chinedu Ikedieze, says the ban placed on Okada and tricycles operating in Lagos is a good move as there have been many accidents in recent times.

The Lagos state government had banned commercial motorcycles and tricycles in 15 local councils, causing a hike in the rates charged by taxi and bus drivers in the state.

In the wake of the proscription, Nigerians living in the commercial city had taken to social media to decry the difficulty they faced getting to their places of work.

Joining the fray of celebrities and showbiz moguls while speaking with Goldmyne, Ikedieze admitted that the ban would affect citizens who can’t afford the services of Uber and its likes.

He, however, said that it would help clamp down on the activities of those who flout traffic rules, cause road accidents, and carry out robberies with motorbikes and tricycles.

“It’s a good move on the one hand. But it’s going to affect those who can’t afford the likes of Uber and Bolt, artisans who come from a remote part of the city,” said the 42-year-old Nollywood star.

“They can only access the metropolis through bikes or tricycles. On another hand, you would agree that there are too many accidents (because of bikes). People are being robbed every day.”

Ben Touitou, another actor, agreed that commercial bikes often constitute a nuisance, but hedged that it shouldn’t amount to a complete ban as there are many who feed their families through them.

“I know they cause a nuisance but what could’ve been done is to control the crowd by increasing the tariffs so that fewer people use these bikes and that the taxes can limit them,” Ben told the outlet.

“Those who are really serious and are paying taxes can still do business, but to completely cut them off? Common man! A lot of these people have kids and family to feed. I don’t support the idea.”

Jim Iyke, a Gabon-born actor, said resolving the issue would only require a roundtable discussion, where state government officials get to reach a consensus with these bikers on the safety concerns.

However, Uti Nwachukwu, media personality-cum actor, said that the state government is only making life more difficult for the average citizens by not creating an alternative source of income.

“I understand why the government is doing what they’re doing. But then, you can’t do that without creating an alternative source of income for the masses. I mean, we’re not there yet,” he said.

“…I mean you’re making life difficult for the regular man who’s just trying to make ends meet. The decision is making more suffer than not. You have to put things in place before you ban things.”

Babajide Sanwo-Olu, the governor of Lagos, had said that Apapa, Yaba, Surulere, Ikeja, Lagos Island, Ikoyi Obalende, Lagos Mainland, Itire-Ikate, and Coker-Aguda would be affected by the ban.

Gbenga Omotosho, the commissioner for information, had cited “security and safety” as the reason for the ban, adding that ORide, Max.ng and Gokada, hailing services, would also be affected.