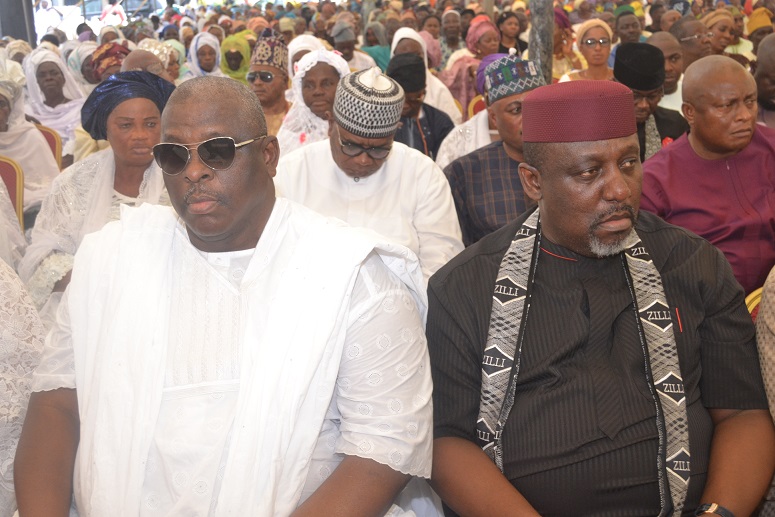 Former Governor of Imo State and a 9th senate member, Senator Rochas Okorocha has condoled with former Senator of the 8th Senate from Ogun East, Buruji Kashamu, whose aged mother passed on, on Wednesday, August 7, 2019, and was buried on Thursday, August 8, 2019.

The articulate governor turned Senator, who was present in Ijebu Igbo during the burial, shocked the Ijebu people as he sends his greetings and condolence in the Yoruba Language. The crowd went wild when he said Eku, Ijoko, Eweso o, Eku Aseinde o (meaning, I greet you all, and I condole with you all).

He added that he came to bury a mother and not to praise her. He shared a few reflections on his perception of the deceased and believed that Mama lives on, as long as there is Buruji Kashamu, who has imbibed the selfless lifestyle of his mother.

AS AUDU OGBEH TAKES THE BACK SEAT BY ERIC TENIOLA