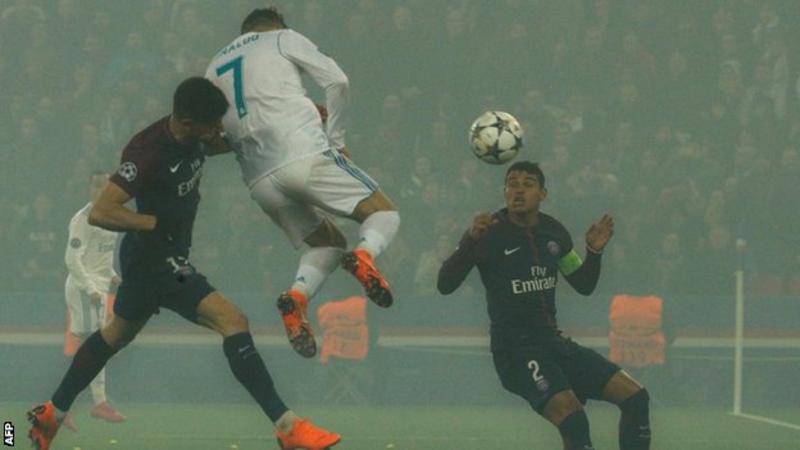 Cristiano Ronaldo scored twice in the first leg at home, which Real won 3-1, and he headed in from Lucas Vazquez’s cross to extend Real’s lead in France.

PSG had midfielder Marco Verratti sent off for two bookable offences, before Edinson Cavani pulled a goal back.

For PSG, 14 points clear at the top of Ligue 1, it is the second successive season where they have gone out at the last-16 phase and it leaves manager Unai Emery’s future at the club in doubt.

They were without injured forward Neymar and were not helped by Verratti’s needless dismissal in the 66th minute. The Italy international was booked when he fouled Casemiro in the first half and was shown a second yellow card when he sprinted after referee Felix Brych and was cautioned for dissent.

Real Madrid are now into the Champions League quarter-finals for an eighth successive season and remain on course for a third title in a row.
Ronaldo netted his 12th goal in this season’s Champions League when Real pounced on a Dani Alves error and the Portugal forward converted with a powerful header from six yards out after Vasquez’s fine cross.

Real Madrid boss Zinedine Zidane said on BT Sport: “We started very well, but we deserved the win. It was a tough match, they wanted to get through but they were up against a strong team and that perhaps made the difference.

“I must praise the players, they are the ones giving everything on the pitch. This is a tough crowd to come to, but the atmosphere is fantastic. We were focused and deserved to get through.”