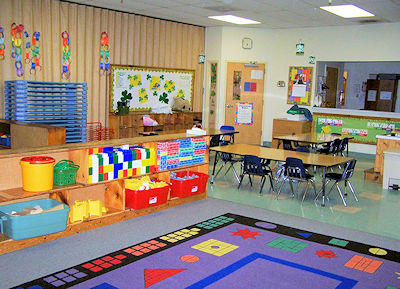 A nursery school has been closed after a male worker was arrested on suspicion of sex offences against some of the children. Police said today that 100 families had been contacted by them about the alleged abuse at the Jack and Jill nursery in Torquay, Devon.

Detectives said a male worker – thought to be a teenager – has been arrested and bailed and moved away from the area after being sacked by the nursery.

One source has claimed the number of potential victims could be nearer a dozen.

CCTV taken from the nursery has been looked at and could play a vital part in the case. The alleged sex abuse is of ‘contact’ from the suspect to the toddlers and young children.

Police stressed that this investigation did not involve the taking or distributing of any images. The inquiry comes a decade after the horrific sex abuse scandal involving nursery worker Vanessa George which happened at the Little Ted’s nursery in nearby Plymouth, Devon. The Jack and Jill nursery is privately owned and situated in a quiet residential area of Torquay called Shiphay. The family run nursery catered for babies and children aged two to five.

It cared for up to 52 children 51 weeks of the year. Acting Det Chief Insp James Stock, of Devon and Cornwall police, revealed they received an allegation of sexual assault at the nursery on July 29. Later the same day a male employee was arrested and questioned. He was bailed with conditions to stay away from the nursery.

DCI Stock said:’This person has since moved out of the force area whilst the investigation continues. ‘As part of this over 250 hours of CCTV from within Jack and Jill Childcare have been reviewed. ‘As a result of CCTV enquiries, a number of children aged 2+ have been identified as potential victims of contact offences.

‘We have now contacted all parents and guardians of children who attended Jack and |Jill Childcare in relation to our investigation. ‘Specialist officers from the Public Protection Unit and our colleagues from social services have visited the parents and guardians of those children we believe may be victims. ‘They will continue to receive multi-agency support in the coming days, weeks and months.

‘The contact appears to be limited to within the nursery setting and we do not believe that any other member of staff had knowledge of these matters. ‘These appear to be the actions of a lone individual and the offences do not involve the taking or distributing of any images. ‘Following further investigations a number of concerns around safeguarding matters were raised by police to partner agencies.

‘OFSTED subsequently made the decision to suspend the licence of the nursery whilst they further investigate those concerns.’ DCI Stock said it is a ‘live investigation of a difficult and emotive nature’. He said the male worker was arrested on suspicion of ‘sex offences’ but would not elaborate on the nature of them except to say they were contact offences or ‘touching offences’.

He stressed that this inquiry was not like the Vanessa George case in Plymouth. He said:’It is not an investigation into images being recorded and distributed. We have to be really clear on that. The number of potential victims is much lower than 100′.

He said reviewing the 250 hours of CCTV from cameras already in place at the nursery had taken around 800 hours. The suspect has been bailed until November 22. He was suspended and sacked by the nursery. Interviews with very young victims will have to take place by specialist police.

The nursery did send letters to parents about a police investigation in July. But police then went to see families of potential victims and phoned those who were not victims last week to tell them what the nature of the inquiry was. Jack and Jill Childcare says in the Torbay Family Information Service directory:’Jack and Jill Childcare offers a safe, caring and stimulating environment for children to learn through play and to develop an awareness of the world around them.’ The owner-managers are Pam and Lindsay Nelson.

Nancy Meehan, deputy director of Torbay children’s services, said:’We take safeguarding children incredibly seriously, and we are working closely with partners including the police in relation to this matter. ‘We are providing support to the families, whatever is required at this difficult time.’