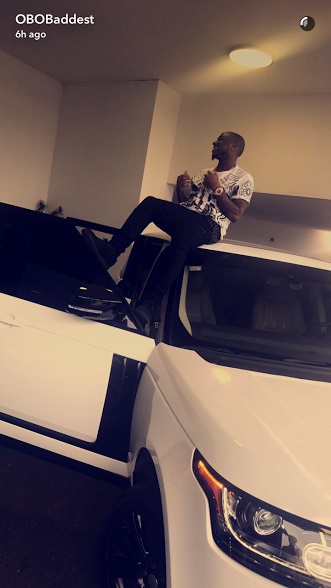 According to Sahara Reporters……..

Nigerian hip-hop singer, David Adeleke, better known as “Davido”, is a fresh scandal. This time, the popular singer allegedly issued a dud cheque to an auto dealer for the purpose of paying the sum of N7.4million as a balance for a Mercedes-Benz GLE 450 he purchased. Documents exclusively obtained by SaharaReporters showed that the auto dealer, Mr. Anekwu Chika Valentine of Prestige Autonet Limited, has already contracted a Lagos-law firm to assist him to recover the debt.       A letter of instruction addressed to the law firm of W.K Shittu and Co., stated that the law firm will take 10 per cent of the sum owed by Davido if it is recovered.

On February 10, Davido issued two Zenith Bank (account number 100424****) cheques of N10million and N1.4million respectively. However, the latter, which apparently was to pay a part of the N7.4million was not honored by Zenith Bank, where the auto dealer is also a customer.

Giving a did cheque is a criminal offense punishable by a two-year jail term.  Davido was recently in the news, with a report alleging that another woman has had a baby for him. However, he denied the reports.