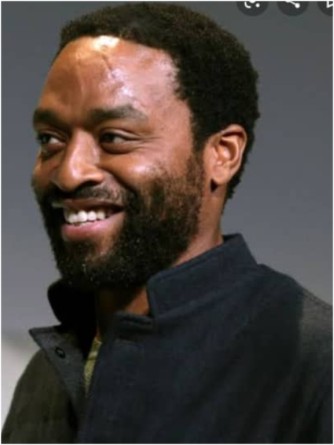 Nigeria is a country filled with lots of talented people. These great talents are making the country proud outside the shores they feature in top-rated movies and blockbusters. Many upcoming stars don’t just feel proud watching them but look up to them as role models and inspiration.

Chiwetelu Ejiofor is rated the most popular Nigerian-born star in Hollywood. Born in London of Igbo parents. He is so gifted talented and skillful that his style of acting has earned him more roles in British and Hollywood movies. This very good-looking guy has featured in movies such as Amistad, 12 Years A Slave, Dirty Pretty Things, Endgame, Inside Man,4 Brothers, Mindgame amongst many others. He has featured in lots of Hollywood blockbusters and has equally done well as a movie director.

Adewale Agbaje is a Nigerian british citizen-born of Yoruba parents. He has a degree in law from kings college London and a Master’s in law from the University of London. He speaks French, Yoruba, Swahili fluently and over the years he has successfully infused the Yoruba language into few of his characters in Hollywood movies. He has featured in movies such as bourne identity, the mummy returns, get rich or die trying and so many others. Being raised on the street of London has made her one of the established British actress of Igbo origin and she has featured in Hollywood series such as baby mothers, casualty and lots of others. Sonni Chidiebere is a Nigerian actor making waves in Hollywood he has also featured in movies such as Hotel Rwanda, district 9 and others.

Nonso Anozie is a U.K-born Nigerian actor of Igbo origin. One of the fast rising actors in Hollywood and he has featured in Hollywood movies such as grey rock and roll, the last region amongst others. Edun Adetomiwa was born in Lagos to a Nigerian father and half Ghanian half English mum. He moved to the U.K at age 11 though his father wanted him to take up banking as a career he decided to attend the Royal Academy Of Dramatic Art (RADA) instead, today he has featured in blockbuster movies such as Shakespeare globe, Romeo and Juliet, the merlin and lots of series.

Aderopo Oduye is a Nigerian who resides in Newyork City. A graduate of Cornell University where she studied acting with the likes of Austin Pendleton and has featured in movies like 12 years a slave, steel magnolias, and others.

Sophie Okonedo is a British actress with mixed parentage but of Nigerian father from Edo State. She is currently one of the most sought-after actresses in England and has featured in movies such as Hotel Rwanda, dirty pretty things, and others.

Dayo Okeniyi is a Nigerian American actor popularly known for playing the role of threshing in the hunger games. He was born in Lagos and his father a retired customs officer from Nigeria.

Uzo Aduba is an American but of Nigerian origin. The actress is known for her role as Suzanne ”crazy eyes” she has also won several awards for her outstanding performance in movies.

David Oyelowo is a trained actor of Nigerian origin and presently one of the most sought-after Hollywood stars. he has featured in movies such as Selma, the butler amongst others.

Ndoka Ndubisi is popular for his role in Fighting Temptation where he acted alongside Beyonce Knowles and others. He is also famous for movies such as unforgiven sins, somebodies amongst others.

Hakeem Kassim is a British trained actor born in Lagos but moved to South-Africa where he lived and learned his trade. He has become a regular face in both Hollywood and Nollywood with lots of endorsement deals. This multi-talented star has featured in movies such as Hotel Rwanda, Xmen Origin, Last Flight To Abuja amongst others

Caroline Chikezie is a Nigerian British actor who was born and grew up on the street of London.

John Boyega is a U.K Nigerian Actor. He was born in Peckham London and his parents are British Nigerians of Yoruba origin ( Ogun and Oyo State). His career started in 2011 and has featured in movies like Half A Yellow Sun, Detroit and he is best known for his role as Finn in star wars.

Hugo Weaving’s parents are both English. He was born im Nigeria Ibadan precisely and he is known for playing Agent Smith in Matrix, Elrond in the lord of the rings he is a Nigerian by birth.

Ashlew Madekwe is an English actress popular for her role as a call girl in Bambi in itv2 series Secret of a call girl. She is born to a Nigerian father and a Swiss mother.