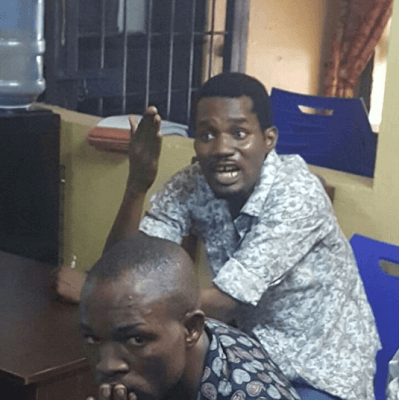 Nollywood filmmaker and suspected thief, Seun Egbegbe was supposed to appear in court today, February 8, 2017, for the iPhone theft case he was charged with back in November 2016,but he did not show up.

Reports hold that the iPhone case that was meant to hold today had been adjourned to sometime in April. Seun is however not free. He’s scheduled to be arraigned at the court in Ogudu this Friday for his recent crime, the alleged scam of N10million naira that made headlines last week. Seun is currently being held at Area H command in Ogudu, Lagos.