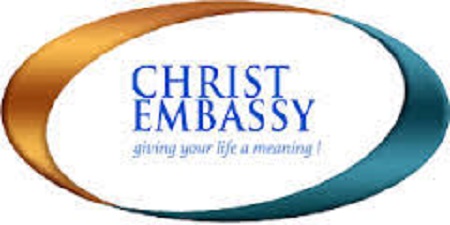 Seven pastors of the Christ Embassy Church have landed in trouble over the recent court judgment against the church, as the court ordered them to pay N64m damages to their member who they allegedly attempted to force to use his N2.5m contract sum to sow seed.
According to PM Express, it was gathered that the founding president of Believers’ Love World, Pastor Chris Oyakhilome was not happy and may sack the pastors over the judgment and their conduct after he had directed them to pay the money and they did otherwise.
The seven pastors were Evangelist Kathy Oyakhilome, Pastor Tom Obiaze, Pastor Linda Okocha, Pastor Ose  Oyakhilome, Pastor Mary Owase, Pastor Shola Olubode and Deacon Emeka Enene.
It was also gathered that some members of the church were not happy how the pastors incurred such huge burden to the church despite the fact they were asked to pay the money. It was gathered that when the matter was taken to court, the pastors were aware but decided to hide it from Pastor Chris for three years. Unfortunately, the judgment was obtained against the church.
Some members of the church expressed concern about how  Pastor Chris will handle the matter because of the bad image it has brought to the church. But the problem was that two of his relations were also involved in the whole saga.
The High Court sitting at Igbosere in Lagos Island had ordered that Christ Embassy Church should pay one Ikwan Onwuka N64m damages for cheating him over his contract with them.
Onwuka who was also a member of the church had entered into a contractual agreement with the Believers Love World Music production section of the church about four years ago to produce music for the church. But when it got to the point of payment, the aforementioned pastors allegedly asked him to use his money to ‘sow seed’.
After the judgment of the court was delivered, the trustees failed to appeal the judgment after the date for appeal elapsed and Onwuka now wants the execution of the judgment to recoup his money from the church.
Seven Christ Embassy Pastors in Hot Soup for Allegedly Trying to Force Church Member to Sow Seed with N2.5 million was last modified: October 16th, 2017 by Arinze Ago