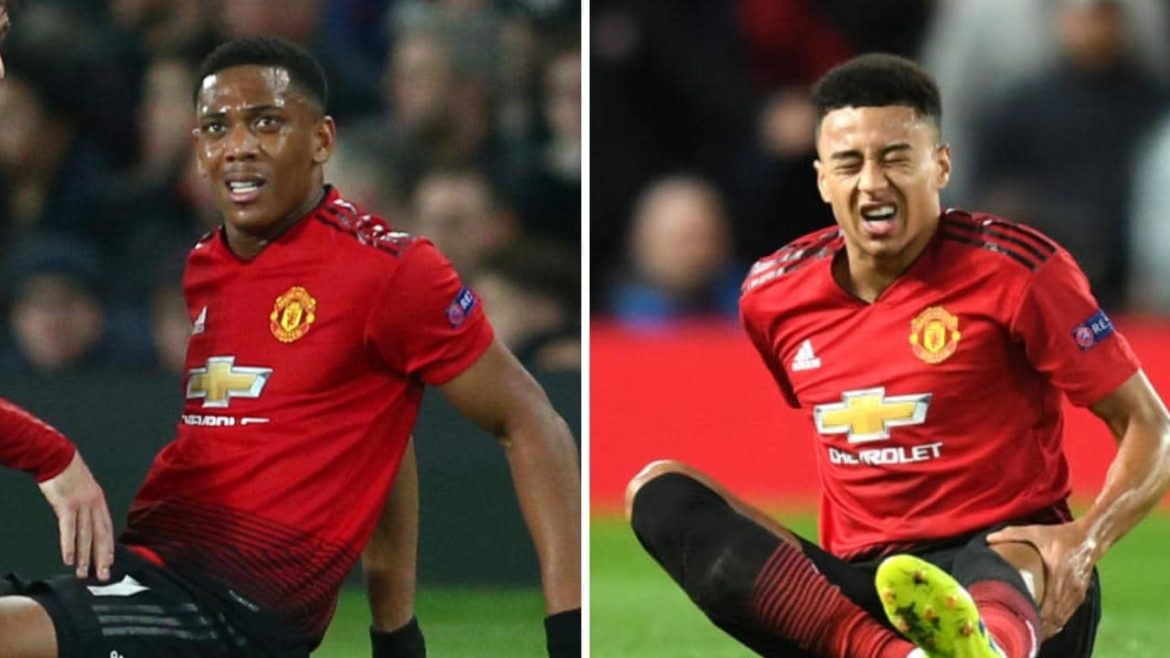 Lingard, 26, injured his hamstring in the Champions League defeat by Paris St-Germain 10 days ago and was expected to be out for up to three weeks.

France forward Martial, 23, could also return from the groin injury he picked up in the first half against PSG.

“Jesse is looking OK. I hope with Anthony,” said Solskjaer.

“Anthony’s was a different muscle, so we think he might be ready and hope that Jesse will.

“We’ve got two more days so they’ve got to get through these two sessions. They’ve not been part of training yet but they’ve been doing some recovery work.”

United and France midfielder Paul Pogba was an unused substitute for the defeat at Liverpool but has been an influential figure under Solskjaer, scoring nine goals in 12 games.

“He’s a top, top player that I’ve always liked, ever since I saw him as a kid,” Solskjaer said.

“He’s a World Cup winner, he’s a leader in the dressing room, on the pitch as well. He wants the ball all the time.

“My idea was to get him playing to the best of his abilities, not just him, but I thought he was an attacking midfielder.

“You see PSG man-marked him; other teams probably will.

“I don’t know if Liverpool will. If they do, we will have experienced that because that is what they did and stopped Paul and created space for others. We need to be ready for that.”

READ ALSO: ARSENAL TO FACE FRENCH SIDE, RENNES IN UEL ROUND OF 16