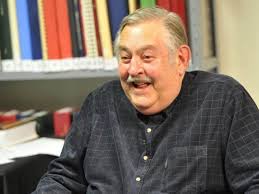 eNCA , “ My dad passed away in the early hours of the morning at his home . He was 86 years old .

“ I think the contribution that he made to lasting peace in this country is something recognised . ”

After the end of apartheid , Botha served as minister of mineral and energy affairs in the goverment of Nelson Mandela , the country ’ s first democratically elected president .

He was considered a liberal but the bulk of his career was spent defending South Africa ’ s apartheid system of racial segregation against foreign criticism .