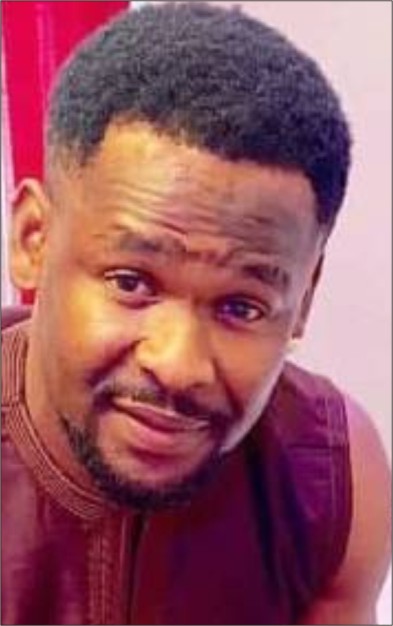 Popular actor, Zubby Micheal is one of the finest actors in the movie industry. He is a multi-talented actor, producer, scriptwriter, director, model, businessman and politician. For many who are not familiar with Zubby’s profile. He was born on 1st February 1985 in Ekwusigo Local Government of Anambra State. He grew up in Adamawa State, where he had his primary and secondary school education, he further went to obtain his B.A. in Mass Communications from Nnamdi Azikiwe University, Enugu State.

Unknown to many, Zubby started acting at age 8 and featured in his first movie titled “Missing Rib”. After completing his first degree, he returned back to Yola but still had a strong passion for acting.

He eventually had his big break in the industry in 2006, when he starred in a movie titled “3 Widows” as a lead actor alongside star actress, Oge Okoye. After featuring in this movie and due to the way he interpreted his role, many producers started featuring him in different movies and he became not just a regular face in movies but also a household name that many fans love a great deal.

Zubby is a versatile actor but often given the role of a bad boy in movies which he interpretes so perfectly.

Within a short period into his career he won several awards home and abroad for his exceptional acting skills.

Zubby is one actor that is loved a great deal in the movie industry and he commands a lot of respect and above all, he is very influential.

Besides being a successful actor, he has also delved into politics by accepting his appointment as SSA on media to Governor Willie Obiano of Anambra State on the 25th of November, 2019.

He is equally blessed with a good look which places him higher above some of his contemporaries in the industry. Also, his acting prowess speaks volume which earned him a space among the highest-paid actors in the industry.

Zubby is currently rated one of the most influential and richest actors in the industry, considering his investments and properties worth hundreds of millions both in Lagos and in the Eastern parts of the country.

He is no doubt one actor who invests his money wisely. After he shot to the limelight in 2006, the first car he got for himself was a Toyota Camry but over time, he has continued to grow tremendously in the industry, so also his taste for luxury and exotic cars.

Today, the young and hardworking actor can boast of cars such as Mercedes Benz 4matic, G Wagon Range Rover, SUV in his car garage.

He is one actor that doesn’t believe that acting or featuring in movies alone will pay his bills. So he has been trying his hands in so many other things and this has made his net worth and star power keep rising consistently, adding to his many incomes which he gets from endorsement deals, personal appearance fees, different investment and a very lucrative real estate portfolio.

What stands him out amongst his contemporaries is his ability to invest wisely and also acquire properties.

In 2018, he built a mansion in Asaba Delta State worth several hundreds of millions of naira. The mansion features everything in line with modern luxury trends with every bit as extravagant as you might expect including sleek tile, flooring, bright lighting, large glass, windows and a large sitting room.

Just when people and fans are still wondering how he was able to put up such edifice, despite his age and career, he acquired another mansion in Lekki, which he reportedly spent 600 million on. The mansion boasts of soft bright grass, large bright lights placed strategically at the entrance and beautiful giant trees, while the decor speaks luxury.

For many who are wondering how he made so much money, besides being a successful actor, he has signed deals with lots of reputable brands such as Bitter Herbal Drinks Company in Lagos alongside AY Makun and Nedu Wazobia.

He is also the brand ambassador for Splendid furniture and shot commercials for the brand where he earned over 10 million naira.

He has a substantial social media presence and this has come in handy in promoting products and services of brands for compensation. Some of the brands he has promoted are as follows.

Movie producers are always ready to part with a good sum of money just to feature this multi-talented actor in their movies, becuase his face alone on the jacket of a CD is as good as a sold out for that movie.

He is loved so much by young and old most especially in the Eastern part of the country and rated among most of his contemporaries.