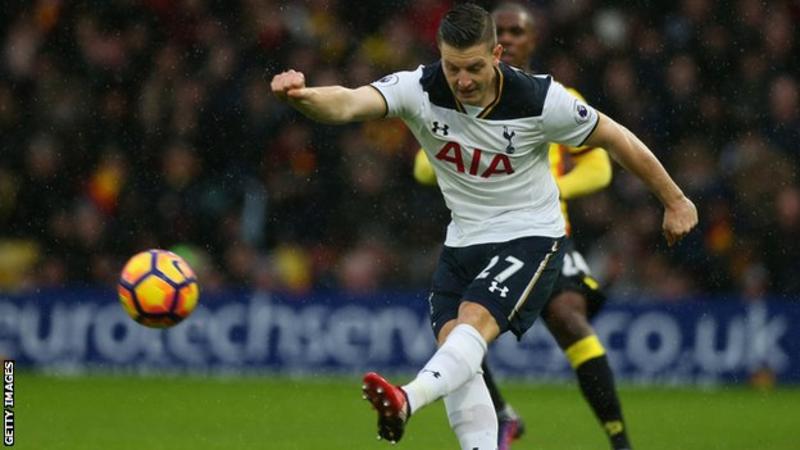 Stoke have signed defender Kevin Wimmer from Tottenham for £18m.

The 24-year-old, who has won eight caps for Austria, has signed a five-year-deal with the Potters.

Wimmer joined Tottenham from Cologne for an undisclosed fee in 2015, but made only four starts in the Premier League last season.

“Kevin is an undoubted talent. He will significantly add to the quality of the group of players that I already have,” Stoke manager Mark Hughes said.

Wimmer becomes Stoke’s seventh signing of the summer and the fourth defender, after Bruno Martins Indi from Porto, Josh Tymon on a free transfer and Kurt Zouma on loan from Chelsea.