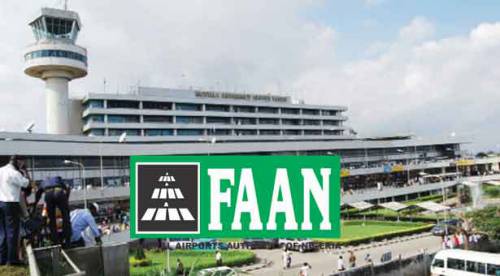 Flight operations and business activities on Friday resumed at the Murtala Muhammed Airport 2 (MMA2), Lagos, following the suspension of the industrial action against the terminal owners by aviation unions.

The News Agency of Nigeria (NAN) reports that the unions had on Thursday night, called off their two-day industrial action against Bi-Courtney Aviation Services Limited (BASL), following the signing of an agreement by the union leaders and BASL.

The agreement was brokered by the Nigerian Civil Aviation Authority (NCAA) and airport security agencies who intervened in the dispute between the two parties.

A copy of the agreement which was signed by Ola Azeez, Group Head, Human Resources and Rodger Whittle, Group Executive Director, on behalf of BASL, showed that the company acceded to the demands of the unions.

“Staff of BASL are free (as they have always been) to exercise their right at association by indicating their willingness to join any of the aviation unions.

“The management shall deduct and remit check-off dues as required by law.

“The 27 members of the union who were laid off shall be recalled without loss of pay or service and deployed to where their services are required within the Resort Group.

“Thereafter the company intends to declare them redundant and is willing to discuss their redundancy benefits with the unions in accordance with Section 20 of the Labour Act.

“We hope that the union shall appreciate the olive leaf being offered by BASL and accept same with a view to ending this imbroglio,” BASL said in the document obtained by NAN.

NAN observed that staffers of airlines, banks, the food court as well as travellers were seen carrying out their businesses without any harassment from union members.

Kingsley Ezenwa, Media and Communications Manager, Dana Air, also confirmed the airline’s resumption of flights at the MMA2, which is Nigeria’s only privately owned terminal.

Mr Ezenwa said: “We have resumed flights from MMA2 following the agreement reached by MMA2 and the aviation unions.

”We thank the management of BASL, operators of MMA2 for considering the economic implications and for putting the national interest first in resolving the industrial action.

”We also wish to thank our teeming guests for their total understanding and cooperation in the course of our temporary relocation to the General Aviation Terminal (GAT) and we hope to continue offering the best of our services which we have come to be known for.”

NAN reports the unions had since the early hours of Wednesday embarked on the protest over the alleged sack of 27 employees who indicated interest to unionise by BASL.

Despite a subsisting court order issued by Justice I. N Buba of a Federal High Court in Lagos restraining them from the action, the unions had shut down flights and business activities at the MMA2.

The airlines were forced to temporarily move their passenger boarding and processing to the GAT, operated by the Federal Airports Authority of Nigeria (FAAN) during the two-day protest by the union.

Poverty Is Not An Excuse For Corruption – NGE President