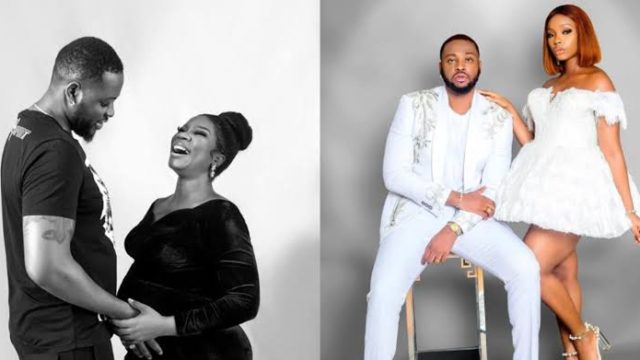 Two ex-housemates of the BBNaija reality TV show, Tope ‘Teddy A’ Adenibuyan and Bamike ‘Bambam’ Olawunmi-Adenibuyan, have welcomed their first child together — a baby girl.

Teddy A took to his social media page on Thursday to break the news with his numerous fans, while revealing the name of their baby girl.

This comes months after Bambam had announced that she is pregnant — and weeks after their white wedding.

The lovebirds had their traditional marriage at Ibese, Ilaro in Ogun state in September last year — following their engagement.

They had further cemented their bond with a spectacular white wedding, which held in Dubai, featuring several celebrities.

The couple’s relationship kickstarted during the third edition of the reality TV show. Their love story was one of the many issues that headlined the 2018 edition of the show.

In a previous chat with Journalists, Teddy A had revealed why it was easy for him to connect with Bambam back then in the house.

“First of all, I do not like to talk about my personal life but then as far as drama, I am not the dramatic type who likes controversies because I am all about work, making money, taking care of family. I’m sure Bambam sees life this way too and that was why it was easy for us to connect in Big Brother,” he had said.