The New 1st Lady Of ANAMBRA Is Into Real Estate 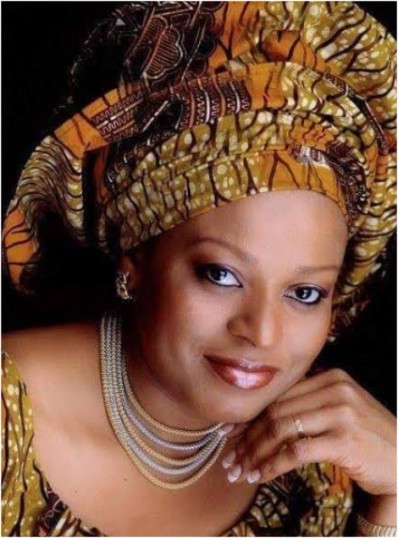 •The Story Of NONYE SOLUDO

Not until her husband, Charles Soludo who was the former governor of Central Bank Of Nigeria became the governor-elect of Anambra state, little or nothing was known about his wife except for those who are close to them. Nonye Soludo is the pretty and quiet wife of the governor-elect of Anambra State, even when her husband was at the helms of affairs as CBN governor, she was also not at the forefront but in the past few weeks, she has automatically become the face of the women of Anambra State as she will be stepping in as the First Lady of the state. She will be running the affairs of the state with her husband as he becomes the fifth democratic governor of the state.

Let’s introduce to you the incoming First Lady of Anambra State, Nonye Soludo. She is a top real estate expert who has been practicing for many years. She is also an advocate for healthy living..

Mrs Soludo came fully out and joined her husband during the campaign train of the All Progressives Grand Alliance, promising to empower women and children across the state.

The woman’s place in the career of a successful man can never be overstated and do during the struggle, Mrs Nonye stood behind her husband.. As someone who had difficulties battling weight gain, she went into a healthy diet plan where she floated Healthy Living Foods, the parent company of Royal Foods.

Healthy Living Foods are a food chain services company that predominantly sells food such as Oats, pasta and repackaged Cassava flour among other food items which helps in proper dieting vis a vis living a healthy life.

Mrs Soludo is also the founder of Franbels Limited, a real estate homes outfit which she ran for 10 years between 2006 and 2016. She was the Director, Queens Computer World between July 1998 and November 2000. Mrs Soludo obtained a Bachelor of Science degree in Computer Science at the University of Nigeria, Nsukka between 1991 and 1995. She also bagged a Master of Science degree in Accounting and Finance from the University of Westminster, United Kingdom.

Beyond all her feats, Nonye Soludo takes seriously the place of health and well-being actively as she engages in physical activities that guarantee fitness.

She is an advocate of healthy living. The pretty woman celebrated her 50th birthday in a classy way last year with her family and friends. Born on July 31, 1970, the now 51-year-old hails from Aguata LGA of Anambra State, just like her husband.

Mrs Soludo has a couple of business interests and she is doing well at it. Her union with Soludo has produced six children – two girls and four boys.

READ ALSO: SUCCESSION PLAN IN BUSINESS REVEALED – HOW TO GET IT RIGHT

The New 1st Lady Of ANAMBRA Is Into Real Estate was last modified: December 1st, 2021 by Tayo Oyediji