The Olagunju’s Hold A 2-In-1 Party In IBADAN 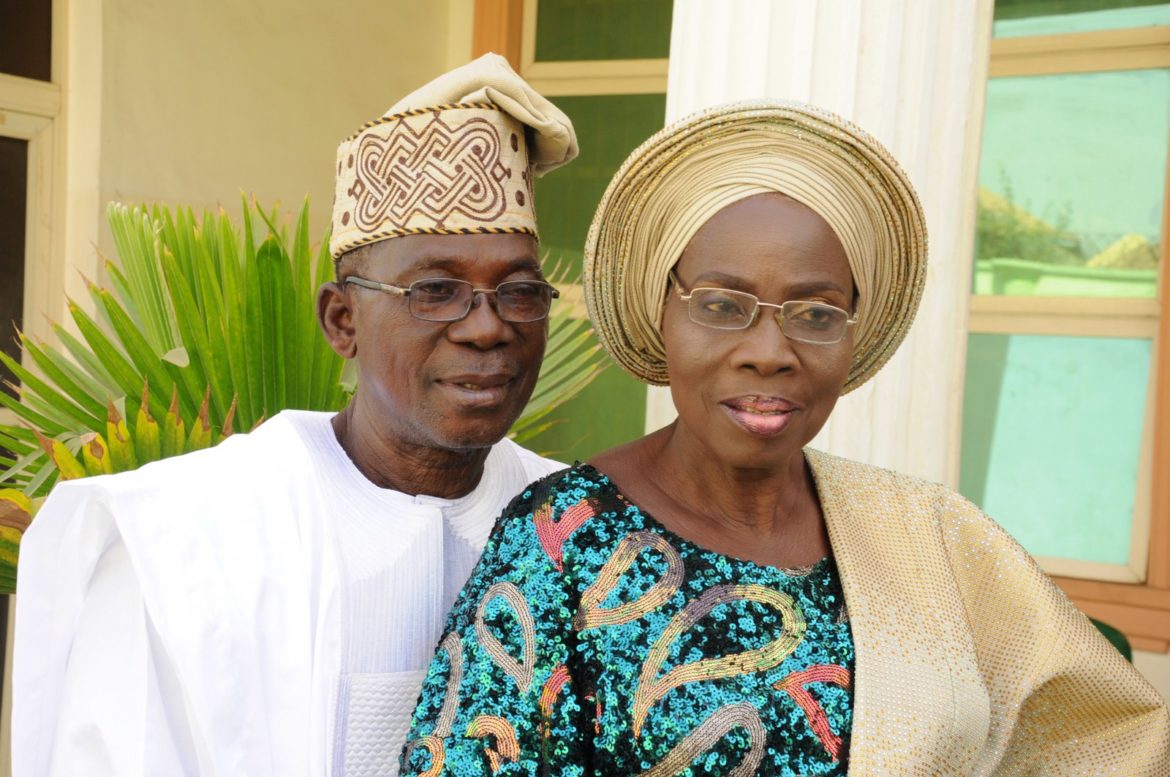 On Sunday 29 December, 2019, all roads lead to the popular Divine Grace Event Centre, Along Alakia Adegbayi Express Road, Nigeria Breweries area of Ibadan, as the Olagunjus hosted family, friends and associates into an elaborate reception.

The well-attended party was a 2-in-1 affair, as Pa Theophilus Olagunju celebrates his birthday while at the same time renewed his marital vows to his lovely wife, Madam Abosede Olagunju. It has been wonderful and fruitful 55 years of God’s faithfulness in their lives.

So they have every reason to thank God; they are hail and heathy and their children are doing wonderfully well. Pa Olagunju is close to 80 while Mama is 75. At their age, they are still highly romantic, as they laughed, threw banters at each other while they exchanged wedding rings.

The paranty, apart from the merriment, also availed the children a great opportunity to celebrate their parents while still alive. That of course, for  Baba and Mama Olagunju, is the essence of a fulfilled life, seeing their fruits as well as families and friends surrounding them on a special day like this.

That Pa and Ma Olagunju, with the grace of God, have been able to train their children in the way of the Lord is another joyous thing. The love and bond that exist within the family could be felt during the celebration. It evidently showed that the children are well united.

The children, from Mr. Olagunju Adebanji to Mrs. Jumoke Asake Olagunju(Okiki), Mrs. Taiwo Olagunju (Fakomi) and Mr. Sunday Olagunju, all put in their best to make sure the party was successful and that all the invited guests well taken care of.

The Ogidiolus were also not left out at the party, they came with full force to support the Olagunju. They were led to the party by Babaoba Rufus Ogidiolu while the likes of Prince Deji Ogidiolu, Prince Gbero Ogidiolu and Prince Niyi Ogidiolu were all part of the powerful delegation.

Not forgetting Mr. Ola Olaosebikan, Mrs. Bukola mele, Alhaja Rashidat Asake, Alhaja Amole, Alhaja Data, Mrs. Anime and many other special guests who are too numerous to be mentioned. They all came out in good number to celebrate with the Olagunjus and enjoyed every bit of events that played out at the party.

It was indeed a colourful and glamorous party. The Abeokuta based Highlife/JuJu sensation, Boye Best put up a good show, as he performed excellently well to the amazement of all guests.

The Olagunju’s Hold A 2-In-1 Party In IBADAN was last modified: January 4th, 2020 by Reporter