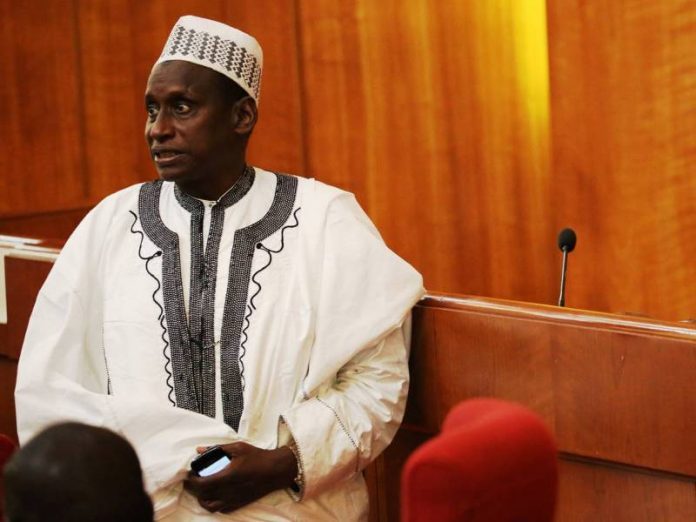 A Senator representing Katsina south, Abu Ibrahim, says there will be no peace in the Senate chamber until Senate President Bukola Saraki resigns.

Speaking with journalists in Abuja on Thursday, Ibrahim said going by conventions around the world, it is the majority party that produces the leadership in parliament.

The senator said by leaving the All Progressives Congress (APC), the senate president has chosen a path of “political survival”.

“I think it is commendable that he has left the party. He has chosen the path of survival because it is the issue of political survival not any thing for Nigeria,” he said.

“Again, let him be gentleman enough and resign as senate president. If he does not, we will never have peace in that senate because it is absolutely clear that APC has majority to produce the leadership.

“I hear the PDP claiming majority, but it is crystal clear that APC has majority. We will have more members. We will conduct two bye-elections and we will have the two members.

The senator said there was no attempt to break into the chamber as alleged by the PDP.

“I do not know about it and even if I know about it, I will say it is unwise. However, if the leadership does not ask for peace, it will not get peace. Peace is a function of leadership. I have been in the Senate for about four times. I cannot allow anybody to manipulate me. I cannot take it.”

The senator alleged that had been undermining the federal government in the last two years.

“He has allowed frivolous motions to attack the President and the government. His continued stay as senate president did not augur well for the APC government. For somebody to be in the same party, same government and he did not see any thing good in the president was disturbing.”

There’ll Be No Peace In Senate Until Saraki Resigns – Sen Abu Ibrahim was last modified: August 3rd, 2018 by Damilare Salami